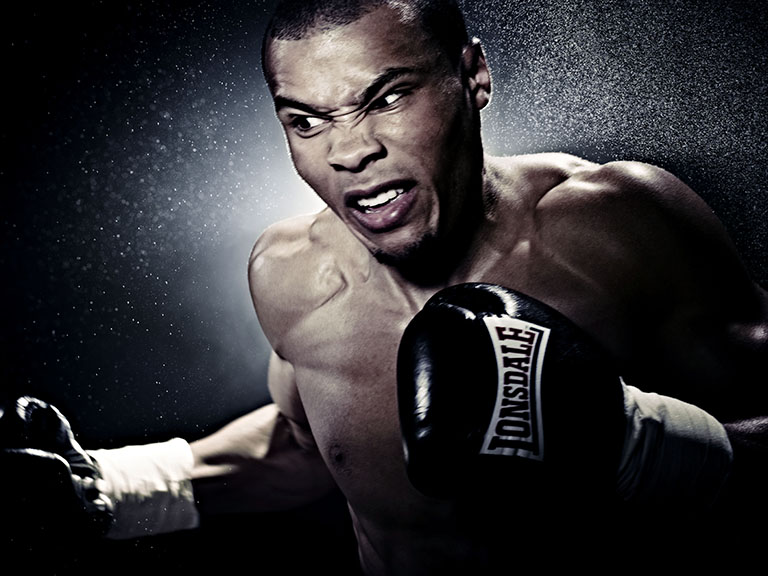 CHRIS EUBANK JNR, coming off a loss to Billy Joe Saunders, will challenge WBA Interim middleweight champion Dmitry Chudinov on February 28. Eubank put up a spirited effort against Saunders, particularly in the second half of their exciting 12-rounder, before losing a split decision.

The Brighton prospect – still only 25 – remains typically confident going into his comeback at the O2 Arena.

“In my opinion I wasn’t defeated in my last fight, I thought I won the fight, so to come in for my next test against a strong opponent is not a problem at all,” said Eubank Jnr on Friday. “I’m there with the best of them and now I get to prove that. For the people that doubt my skills, I am ready, and I am ready to move forward.”

Eubank is not listed in the WBA’s latest rankings and the title on the line says far more about the governing body than it does the world it claims to represent. Nonetheless, Russia’s Chudinov, 14-0-2 (9), could prove to be an excellent vehicle for Eubank and the Brit promises to prepare accordingly, despite knowing little about his Russian opponent.

“In all honesty I don’t know anything about this guy at the moment,” Eubank said. “I know his record, I know he hasn’t lost. I’ve been told that he’s a come forward fighter, I haven’t seen any of his fights yet. But, in all honesty, it doesn’t matter what he is because I’m a man on a mission and nobody is going to get on my way.

“Defeat is not in my mind. It never has been and it never will be. I don’t worry about losing. Like I said I’m a man on a mission. Boxing is my life. I can’t have any negative thoughts going into my mind. The fact that I’ve got a loss on my record only makes me want to train harder and prove myself even more. If anything it’s a good thing because it keeps me fresh, it keeps me hungry. People are going to throw that in my face, ‘You’ve got a loss on your record’ but I’ll show them I’m better and that’s exactly what I’m going to do.”

Despite his confidence and failure to truly acknowledge the loss – that the majority of observers felt was justified – Eubank insists he will learn from the experience.

“My sparring partners have always been orthodox fighters,” Eubank – who will consider travelling to America to prepare for this fight – said. “I think that was one of the things that allowed Billy, I guess, to survive against me because he is an awkward southpaw. If you put me there with an orthodox fighter, who’s a come forward fighter, as I’ve been told he is, it’s going to be a very dangerous situation for him.

“Saunders wanted to hold on and I’m surprised he didn’t lose any points for that. He survived the fight and that’s not what a champion should do. A champion should be dominating from the first round until the last. He didn’t do that and I take a lot of confidence from that.”

Eubank insists the defeat on his record will not affect his reputation.

“Unbeaten records look good and are great to have but the truth is countless great fighters have had losses at the beginning of their careers or at the stage I’m at now. A lot of those losses have been devastating losses, knockout losses. The fact I lost by just a few points has not knocked my confidence. It hasn’t made me think I need to change everything and start again. There are things I need to improve on. Now I know I can do the 12-round distance.

“One of the main things that I’ve learnt is never to leave the decision in the hands of the judges. It’s dangerous. Something else I learned is to take the fight by the horns and be dominant from the start. I was neck and neck during the first half but I should have been completely dominant like I was in the second half of the fight. You can’t buy experience like this. A lot of people said I wouldn’t be able to compete, that I would be dominated, but I proved them all wrong.”

Eubank was criticised in some quarters for the lack of respect he illustrated for trainer Ronnie Davies – both before and during the Saunders encounter – but insists there is no problem, and the team will continue to accommodate Davies and Chris Eubank Snr.

“In all honesty, I have my own mind,” Junior answered when asked if there would be any changes to his team. “Whatever is being said in the corner I am the one who has to make all the decisions. My corner are there for support and I have to find my own way. A lot of people were saying the corner effected my performance. What happened in that fight I put on myself. I’m not putting it on my father, I’m not putting it on Ronnie Davies, it’s all on me. This is boxing, it’s only one person in there, man-to-man. It’s my responsibility. But the team is stronger and we’ll be back bigger and better.”