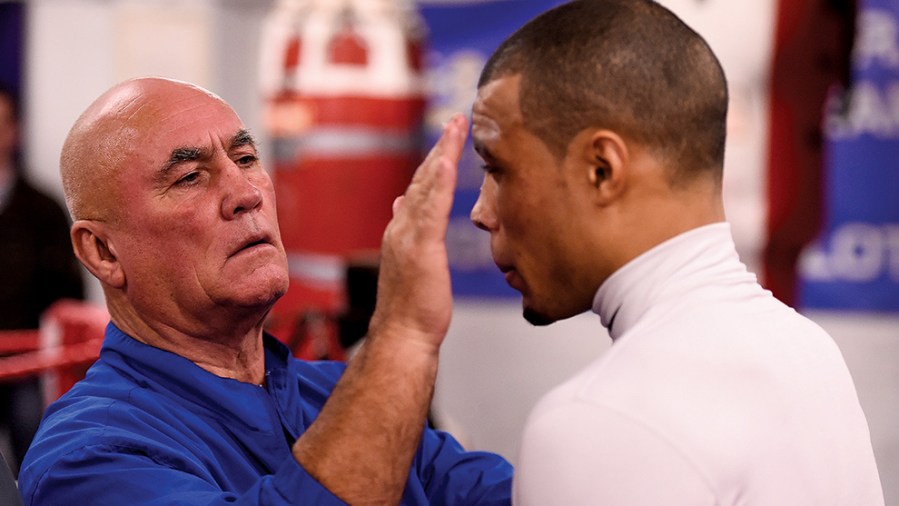 I cannot guarantee if the weight will affect me but I know I will win this fight, says Chris Eubank Jnr

THIS is the type of fight that surpasses boxing. There is generational interest. Youngsters, our generation, the elderly and all the people who were invested when our dads fought 30 years ago. That’s very rare, to have multiple generations watching a fight. That’s a hell of a responsibility. Now I have to uphold the family legacy and do right by my father.

Conor Benn cannot beat me in the ring. His only chance is that I’m low energy on the night. Is there a chance that happens? Of course. I’ve never fought at this weight before, I haven’t been this weight since I was 18 years old. I don’t know how my body will react to only being able to put on a certain amount of weight after the weigh-in. I won’t be 100 per cent. But I don’t need to be to beat Conor Benn.

I enjoy testing myself and pushing myself to the limit. For this fight, it’s worth it. I have never had a nutritionist at any point in my career, nobody there to tell me when or what to eat, counting calories for me, I’ve always gone with what I believe is right. Over the years, I have documented things, I know how my body reacts to certain food, I know what I can eat and what I can’t.

For many years my father has taken a back seat. After a certain amount of fights, I didn’t need that constant guidance, I know what I am supposed to do and how I am supposed to prepare. Earlier on in my career, I didn’t want to talk to the media too much. I just wanted to fight so I didn’t mind my father being there, reciting poetry, talking up the fights. He was taking the pressure off me. But for many years I have been comfortable in front of the camera, I am an adult, I can’t have another man speaking on my behalf. But this fight is happening because of him, because of the history my father has with Nigel Benn.

I don’t know if he’ll be there on the night. I hope he is.

He cares for me. He kept me away from boxing as a kid. It wasn’t until I went to a sleepover at a friend’s house when I was 10 years old and I saw a VHS with him and Nigel Benn on the front cover. I watched it and thought, ‘Wow, this is what he does. This is why he’s so famous.’ But he kept that all away from me. When I was a teenager, I researched his career, I understood him more and more. It was then that I thought, ‘If he’s done it, why can’t I do it?’ I am his son, we have the same blood. I knew I had the physical attributes but I wanted to know if I was mentally tough enough to fight. I found out very quickly that I did.

I wanted to prove my father wrong back then. He didn’t think I was tough enough. My schoolmates didn’t think I was tough enough. And that’s how it all started. I didn’t need to go into boxing, I lived a very privileged life but when you never want for something, you become accustomed to that lifestyle. Then my father went bankrupt. I had to live a different lifestyle. I wanted the old lifestyle back.

But if you don’t love the sport, it doesn’t matter how much money you want to make or how famous you want to be, you will not get through the hardship of boxing. You have to love to fight, love to challenge yourself and show the heart of a fighter.

Every fight is important. But this is more so after seeing what my father had to go through against Nigel Benn to beat him. He doesn’t have a win over my father. I will not let that happen now.