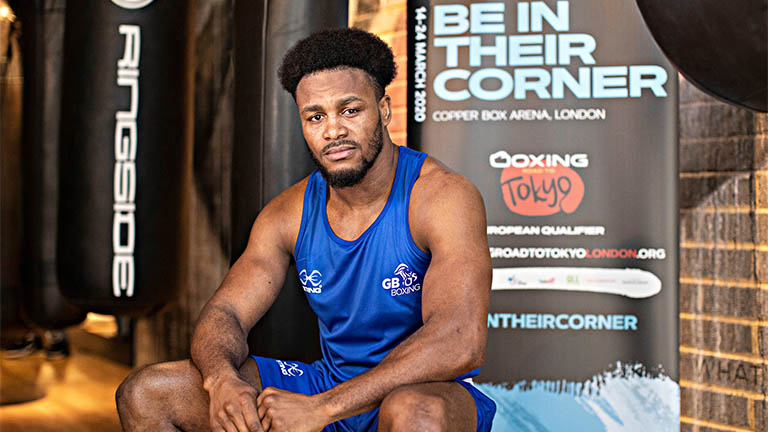 Are you excited for the Olympic qualifier?
I’m excited to go out and perform. We’re in the training process right now, we train, just focus and develop ourselves, get better and when the time comes do what we have to do.

I’m very much looking forward to this event. You know why? Because since I’ve been on the programme we’ve boxed everywhere else in the world, except for at home. It’s an important tournament and where else better to have it than at home?

I don’t know if we get an advantage but I will say this: when we fight a home boxer anywhere else anything 50-50 seems to go to them! So I’m hoping that will be the case here. I’m hoping that the only advantage is every punch we throw, the crowd will be shouting. That will just give you so much of a boost. It’ll be like nitrous in there for you.

Since being on the programme I’ve been to every other country, every other nation, it’s finally great to have a main event here.

What are the other teams to look out for?

Before when Great Britain used to go to tournaments, people wanted to draw us but now people are scared of us.

When I first got on, it was the Cubans. Everyone was scared of the Cubans. Now you see them losing quite a bit. Galal [Yafai] beat a Cuban in the Worlds and it’s just us, everybody’s scared to box us.

In 2012 (when the last Olympic boxing event was held in London), where were you with your boxing?

I came back, I had one fight, I won the ABAs, I got my call up for team GB. My first tournament I fought the Olympic champion [Evgeny] Tishchenko. I fought him before the European championships, I fought him in another tournament, and I did an even better job [there].

Did you feel unlucky against the Russian (Muslim Gadzhimagomedov) at the Worlds?

I beat him up for two rounds, in the first two rounds… I believe that everything will come right in the end, with consistency. They can only do that for so long.

I just take it as it comes, I don’t think, ‘I need to get you back.’ That’s not what it’s about. It’s about being the best of you, learning from each experience, and just getting better.

To qualify in London, you should need to reach the semis, but do you want to win the gold medal here?

Of course, I want to get a gold medal at home. It’s never I just want to get the semi-finals. In my head that’s a losing mentality. You go there to win. Nothing else. Everything else is substandard, in my opinion.