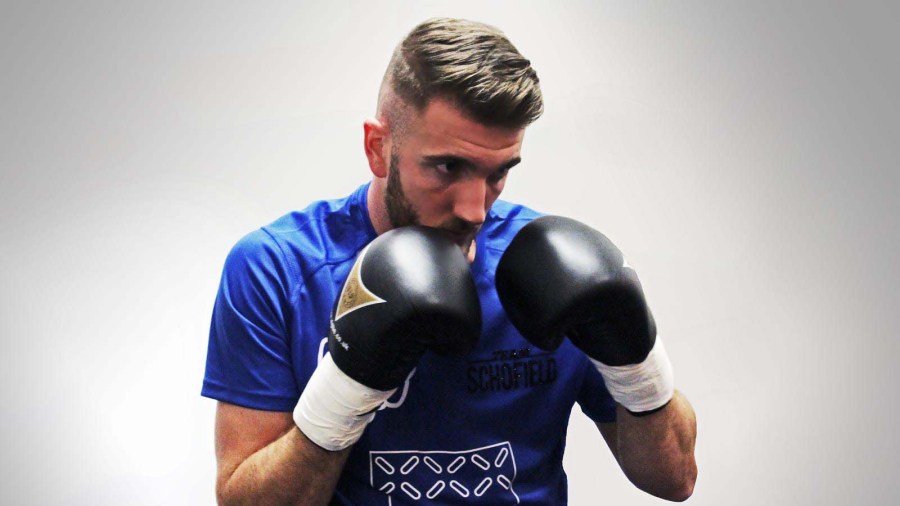 When and why you started boxing:
My dad first took me down to the gym when I was about eight or nine years old. I just did the training side of things – punching the bag, getting a sweat on and getting fit. Out of all the sports I tried, I got the most enjoyment out of boxing.

Favourite all-time fighter:
Someone like Lennox Lewis. I liked his jab and how he used his range and long levers. I also liked how he’d throw that big right hand over the top.

Best fight you’ve seen:
Being a local [Manchester] lad, I used to love watching all of Ricky Hatton’s fights when I was growing up.

Toughest opponent:
At the minute, the hard work is done in the gym, when I’m sparring heavier guys. Doing rounds with my team-mate, Jack Massey, is always hard.

Best and worst attributes as a boxer:
My strength is the way I use my height and my reach. My weakness is food!

Training tip:
Keep your head down, keep training hard, and have patience and persistence.

Favourite meal/restaurant:
There’s a decent little takeaway place near me called Santa’s Pizza. After a fight, I love having a 16-inch pepperoni pizza!

Best friends in boxing:
Jack Massey. We knew each other as amateurs, when we were about 13 or 14 years old. Now we’re team-mates as pros.

Other sportsman you would like to be:
Sergio Aguero, at the very moment when he scored the goal against QPR to win Manchester City the Premier League in 2012! It’d be nice to have his bank account too!

Last film/TV show you saw:
I just finished watching a film about 20 minutes ago when I got in from training. It was The Martian, with Matt Damon. Top film.

Who would play you in a film of your life:
I’m sat with my girlfriend here. [To girlfriend] Emma, who would you pick to play me? [Girlfriend suggests Jim Carrey]. Not Jim Carrey! Someone like Brad Pitt instead!

Have you ever been starstruck:
Yeah, plenty of times in sparring!

Last time you cried:
When [Manchester] City got relegated in 2001!

Best advice received:
Be yourself. Never try to be anyone else.

Worst rumour about yourself:
I don’t think there have been any dodgy rumours about me. Not yet anyway!

Something not many people know about you:
I love watching chick flicks, like The Holiday, Love Actually and Notting Hill.