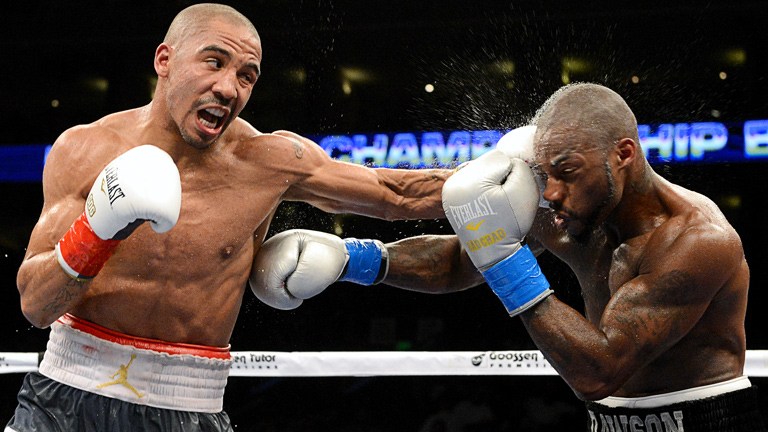 CHAD DAWSON has had to pull out of his July 29 meeting with Eleider Alvarez after suffering an injury, promoter Yvon Michel confirmed earlier today.

The former WBC world light-heavyweight champion had been drafted in as an opponent for the promising Canada-based Colombian to serve as chief support to Adonis Stevenson’s fight with Tommy Williams in Quebec.

Alvarez will still feature on the card and Michel is currently searching for a new opponent.

Injured @OfficialBadChad has to pulled out from his fight vs @stormalvarez on July 29. Looking for a replacement. + Infos shortly.

Dawson won the WBC title from Bernard Hopkins back in 2012, but since then has not won a fight of note. Andre Ward and Adonis Stevenson both stopped him, the latter taking his WBC belt in the process.

Unfancied Tommy Karpency also edged him out on a split decision and Dawson had only found success against unheralded foes.

Alvarez, meanwhile, has moved himself into the WBC’s No 1 spot to become Stevenson’s mandatory challenger.