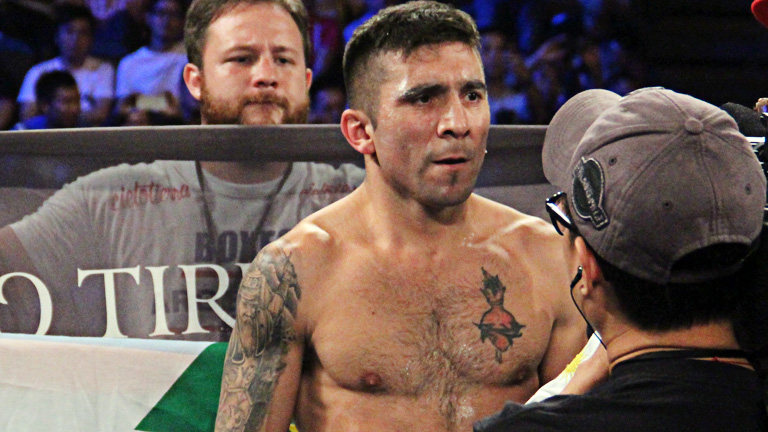 ARGENTINA’S little-known Cesar Rene Cuenca was one win away from matching the 49-0 record which Floyd Mayweather and Rocky Marciano both set when he entered the Basket-Hall Arena in Kazan, Russia yesterday [November 4].

Defending his IBF world super-lightweight title, the 34-year-old faced Russia’s Eduard Troyanovsky over 12, entering the contest with a record of 48-0 (2).

After five fairly close rounds a bizarre incident ended Cuenca’s unbeaten run and his chances of joining an illustrious club.

As Troyanovsky lunged in with an uppercut – which missed – he bundled into the champion and appeared to strike his face with his knee as he did so. Cuenca went down and took a little while to find his feet while Eduard waited in a neutral corner.

Referee David Fields spoke to Cuenca in his own corner while his seconds shouted from ringside, though the Argentinian seemed unwilling to continue and Fields waved the fight over.