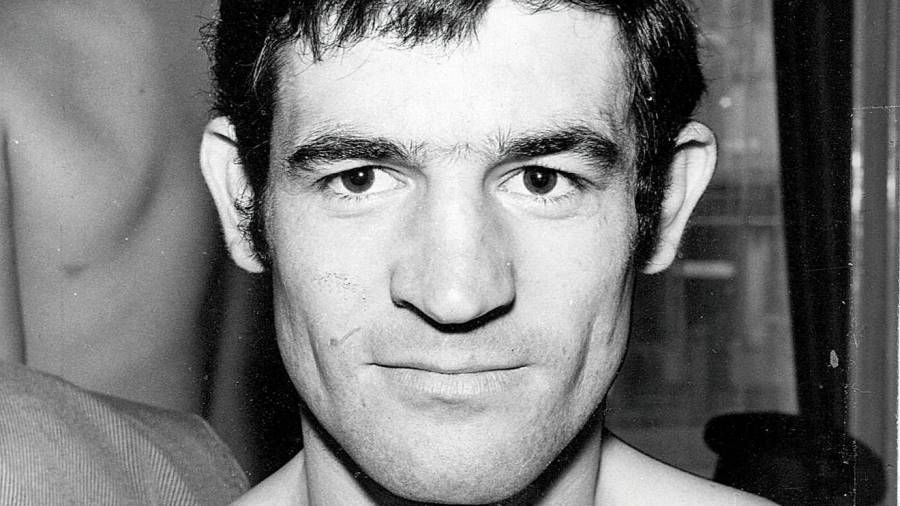 ON November 7, 1975, Boxing News published an article about Battersea’s Ray Fallone under the heading: “Ray aims to go out with a win.” Three days later, Ray stepped into the ring for an eight-rounder with Mick Hampston of Lewisham, at the Greyhound Hotel, Croydon, for his 100th professional outing. Despite giving young Mick plenty to think about, Ray was outpointed. BN reported that “Ray was never hurt, and, true to form, boxed for most of the contest with a broad grin on his face. He finished the fight unmarked.”

At the end, Ray sportingly clapped his opponent before he himself was rewarded with a warm tribute from Board Secretary Ray Clarke. At the time, it was widely acknowledged that Ray would be the last of the 100-bout professionals, such was the state of the game. There were some excellent fighters around, but there were simply not enough shows being staged for anyone to be able to have so many bouts, especially as boxers tended to have shorter, and tougher, careers back then.

Fast forward to 2019 when, in the annual British rankings, BN listed the names of eight boxers, then active, who had joined the ‘100 club’, with two of them having 200 fights or more. In the period from 1975 to now, but especially since the mid-1990s, many fighters became centurions, with Peter Buckley and Kristian Laight both having 300 contests or more. This group of boxers was spearheaded by Seamus Casey and Dean Bramhald.

Nobody back in 1975 would have predicted that this could happen. The reason it did is because of the advent of ‘the journeyman’ – the ring-wise veteran, frequently boxing week after week, and there to test the potential of the ‘home’ fighter. I have seen most of these lads myself, usually from ringside, and I can attest to their ringcraft. Most of them are far better than their record suggests, and readers of Peter Buckley’s recent book, King of the Journeymen, will appreciate just how much is needed to be able to play this role.

In football, to join a ‘100 club’ is usually reserved for the very best – 100 Premier League goals or 100 England caps, for instance. In cricket, to score a first-class century is the mark of a very good batsman, and only 25 players in the history of the game have scored 100 centuries. In boxing, the reverse is true, as it appears that only the journeymen, the perennial losers, manage to have 100 contests. The most successful boxers rarely get close to that number, but this was not always the case.

The first 100-plus professionals started to appear by the first few years of the 20th century, with most of them having had long careers in the small halls around London. I have records of more than 1,000 British and Irish fighters who have managed to join this club, and the very great majority of them won far more fights than they lost. Their real heyday was in the 1930s, when 740 boxers who fought during that decade had 100 bouts or more, with 546 of them having winning records. Many of them became British, European and even world champions. The most famous of them is probably Len Wickwar, for whom I have traced 471 contests.

I will pick just one of these boxing centurions at random to demonstrate the type of boxer that we had in those days. Arthur “Boy” Edge of Smethwick, a flyweight and bantamweight, was active for just seven years between 1928 and 1935, losing only 37 of his 150 contests. He fought two British title eliminators, held both the Southern Area flyweight and bantamweight titles, and beat champions galore, before retiring in his mid-20s, complete with a cauliflower ear.

Every single member of this honourable club deserves great credit – Buckley, Edge, Fallone and all the rest of them, be they champions or journeymen, winners or losers, for they are the sport’s backbone.