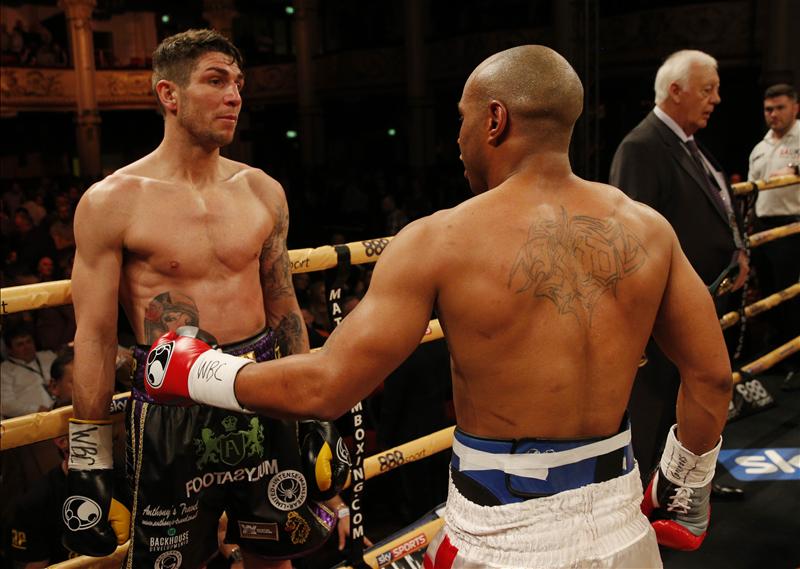 OKLAHOMA’S proven campaigner Carson Jones picked up the vacant WBC International light-middleweight title by way of a totally unexpected first round TKO victory over Brian Rose on Saturday. The well-travelled Jones improved to 37-10-3 (27) with the controversial stoppage victory, and he now aims to get “the biggest fights that are out there.”

Here, Jones speaks about his win and what he hopes for the future:

Q: Congratulations on the win over Brian Rose. Are you back home now, celebrating?

Q: It was such a quick win, which nobody – I guess not even you yourself – saw coming. Were you surprised yourself you stopped Rose so quickly?

C.J: “Yeah, I didn’t expect to get him that quick. But I knew I would stop him; I thought around the eighth-round. I knew I was the bigger and stronger fighter. I knew I could punch.”

Q: Rose and his team are bitter over what they call a premature stoppage. In your mind, had the fight been allowed to carry on, what would have happened?

Q: Team-Rose want a rematch, are you interested or do you want bigger fights? We know you are unafraid of going to the other guy’s backyard of course.

C.J: “I want bigger fights; the biggest I can get. I don’t think the money would be there for a rematch. There are a lot of bigger options out there for me. Ideally, I would love to fight Cornelius Bundrage (the current IBF light-middleweight champion). I think that is the most possible fight to be made of all the [light-middleweight] champions. I think that would be the best and the easiest fight for me as far as the world champions go.”

Q: It will definitely be 154 (light-middle) for you from now on then, where you will campaign?

C.J: “No, I could still make 147 if it was for the right fight, with the right amount of time and with the right diet. I’m not sure; I’ll maybe go back and forth [between 154 and 147]. My dream fight would be to box on the under-card of Mayweather-Pacquiao – I think that fight will be announced over here in the next couple of days or so – and that really would be a dream come true.”

Q: After a quick win, are you eager to fight again as soon as you can?

Q: Do you feel that year out, which you took after the second fight you had with Kell Brook, did you the world of good?

C.J: “Yeah, that time off allowed me to realise I’ve still got it. I’m back focused like I used to be. Great fighters never really get tired of fighting, they just get tired of all the hard grind of training. I definitely still have a lot left to offer. I think I showed that with the win.”

Q: Finally, Carson, do you have any words of advice for Brian Rose, who is understandably gutted to have lost the way he did? Some experts are suggesting his career, at top level, may be over.

C.J: “ I wouldn’t say his career is over. That’s up to him. First-round losses do happen, even though they are a tough loss. I’d tell him to keep his head up and carry on if that’s what he feels he really wants to do.”