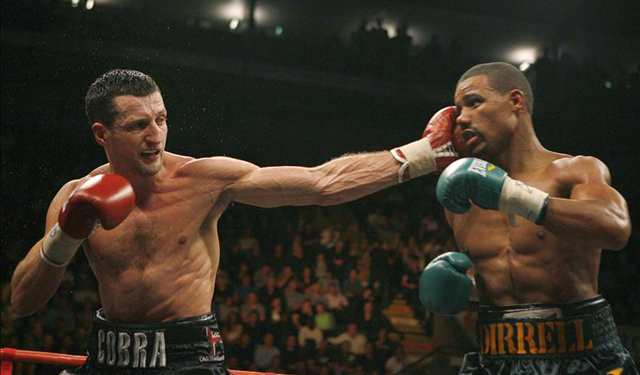 I look at it all from a mental aspect.  As of now, man, I’m grown tremendously in my mind. I’ve realized how important boxing is to me and what it takes to become world champion, the work you have to put in and I just follow those guidelines every day. I’m a very motivated fighter, very self-motivated.

If I can hear my punches while I’m hitting the bag, I’m motivated. So, nothing motivates me more than hard work and that’s all I look for. The fight is won in the gym, not on fight night. It’s what you do in the gym, not how hard you put up a fight.

After the Arthur Abraham fight, I knew in my heart that I’d get my time again. I knew my time would come. I knew I had a chance of getting out of my contract. So, I kept training. Of course, there were times that I would hit slumps and feel like I’m doing it for nothing, but it was quite a stressful time for me. I think I always knew that I would be able to get back in that ring. So, I stayed busy and it didn’t really totally veer me away from the sport, but I do know the feeling.

I did feel like any moment could come up to where that it could be over just like that and I had to deal with it and I could easily retire. If it happened again, I just might. I knew that my time was coming again.  There’s always hope there. I just kept pushing forward and here I am now.

I feel very relaxed. I’m very energetic and I’m feeling the vibe already and I really can’t wait to make Saturday myself. I feel I have a lot to prove and I have a different Andre Dirrell to show, one that’s just as sharp, just as fast, just as brave, but just has a bigger mental capacity.

We’re pretty much evenly matched and I actually like that scenario because I know I’m faster. I know I’m smarter and I know I’m a better boxer. It’s just as simple as that. But, none of that can come into play without hard work, and I know he’s worked his ass off, man. He has to come over to America just like I went over there to England to try to fight for a world championship.

As far as skill, I can give it to James DeGale, but as far as toughness, mental toughness, physical toughness, that’s Carl Froch. We all know how mentally strong he is. So, I have to give the edge to Carl Froch in that aspect, but I know DeGale is coming to fight and no one gets in that ring and fights me as they want to fight. You know what I’m saying? Just like he thinks it’s going to be an easy fight. I feel like I have a lot more to prove as well.

I know what kind of guy I’m going to face come the 23rd. I’ve worked my butt off like I said, and with those advantages, I’ve put the hard work in so I can display that. I just feel like I’ll be the better man that night.

The more pressure you actually put on me, the more dangerous I become.