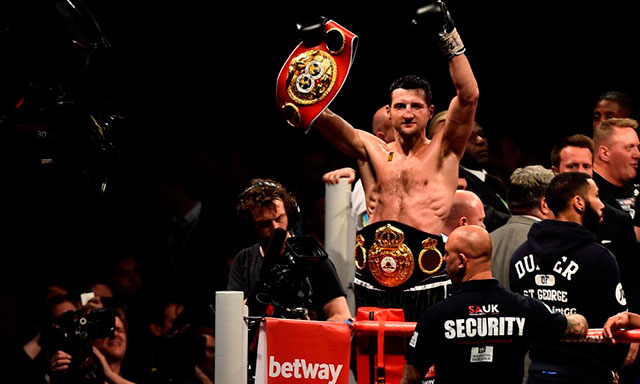 Another honour for Carl 'the Cobra' Froch

CARL FROCH has been has received an MBE in the Queen’s Birthday Honours list.

It’s another marker in the Nottingham man’s glittering career. The super-middleweight hasn’t fought since May last year when he defended his IBF world title with a knockout victory over George Groves at Wembley stadium.

Froch has not made an announcement whether he will fight again. Julio Cesar Chavez Jnr fell out of the frame when he lost to Andrzej Fonfara. Gennady Golovkin has expressed a willingness to move up to super-middleweight and the Kazakh is being talked about as a possible opponent. However after more than 12 months out of the ring, retirement could be just as likely for Froch, who is yet to announce his intentions.