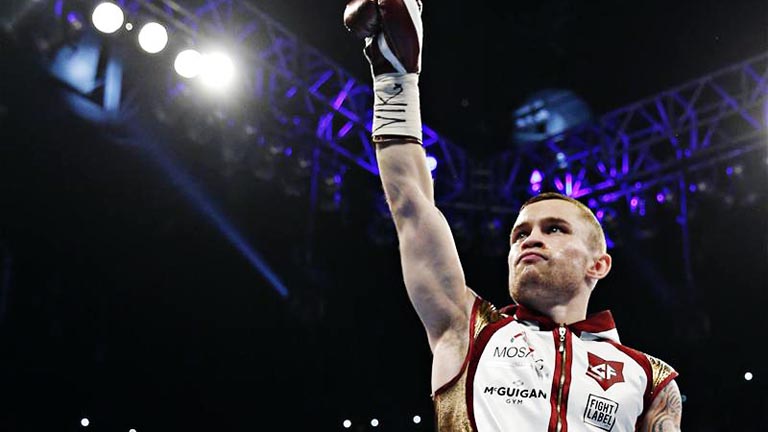 Carl Frampton looks to be moving to featherweight

They have included the mouthwatering scrap in their 2016 schedule and both sides have reportedly agreed to the fight.

A date and venue are yet to be finalised but with a major broadcaster behind it – and with both men advised by Al Haymon – negotiations should go fairly smoothly.

Frampton outpointed Scott Quigg to add the WBA world super-bantamweight title to his IBF strap last month [February 27] and immediately expressed his desire to face Santa Cruz, who has held world titles at super-bantam and bantamweight.

The fight would see Frampton make a predicted move up to featherweight, where Santa Cruz has already proved his worth by outpointing Abner Mares last year.

Santa Cruz continued to beat the drum for a Frampton fight after he stopped Kiko Martinez, a former victim of Carl’s, in five rounds on the same night the Ulsterman beat Quigg.

Frampton would also have to vacate the two world titles he currently holds – spurning a potential rematch with Quigg and mandatory obligations against Guillermo Rigondeaux (WBA) and Shingo Wake (IBF).

While a fight with Santa Cruz would itself earn Frampton a lot of money, a victory over the unbeaten Mexican would propel him onto some major paydays.