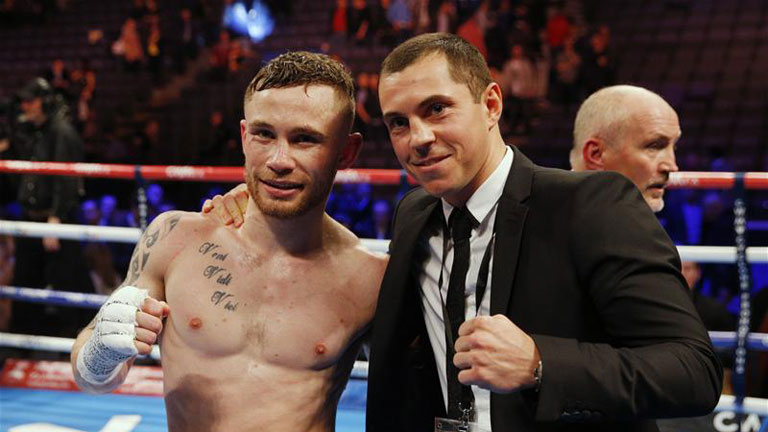 CARL FRAMPTON’S long awaited clash with Scott Quigg has nearly been finalized. Boxing News understands that a deal is almost complete for the super-bantamweight rivals to box on February 27 at the Manchester Arena.

It’s been a tortuous process. Quigg, a natural rival for the Belfastman, had attended Carl’s February IBF world title defence at the Odyssey Arena, triggering optimism that the fight could be made earlier this year. But the two went in different directions, both boxing on July 18 but with Carl taking on Alejandro Gonzalez in America and Bury’s Quigg crushing former Frampton victim Kiko Martinez in Manchester.

Frampton-Quigg is expected to be one of the best fights of 2016, both are amongst the elite of their weight class, both carry power and there’s little love lost between the rival camps as well.