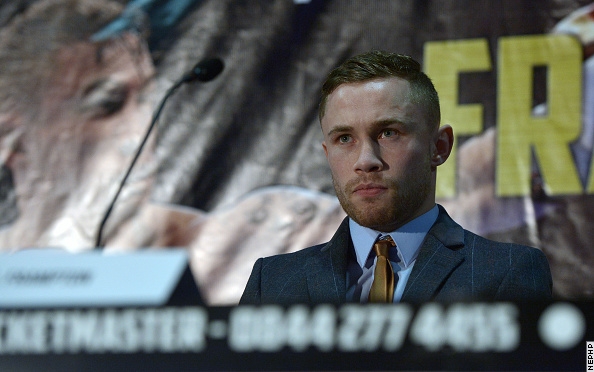 Gonzalez insists he is not afraid of the hard-hitting Irishman

ALEJANDRO GONZALEZ JNR insists he feels no nerves ahead of his fight with Carl Frampton next weekend when he vies for the Irishman’s IBF world super-bantamweight title.

The 22-year-old Mexican, whose father of the same name won the WBC world featherweight championship in 1995, has only lost to former IBF super-fly boss Juan Alberto Rosas.

Despite being a heavy underdog against the impressive Frampton, Gonzalez believes he is more than prepared for what he feels is his biggest fight to date.

“I’m not going to be afraid of anyone.  Even though this will be the biggest fight of my career. I won’t be nervous,” he said.

“Ever since my lone loss to [Juan Alberto] Rosas last year, I gained a lot of experience.  I think I am ready for this test.

“I have a big chance, a great opportunity.  I am going to take advantage of it.”

Having recently joined forces with Al Haymon, Frampton’s stock is firmly on the rise but Gonzalez has plans to throw a spanner in the works.

“It’s Frampton’s first time coming to the United States and he wants to be a superstar.  But, in order to become a superstar he must first get by me,” he said.

“I know that he’s a great fighter with a lot of experience and a hard-hitting punch, but nothing that I can’t handle.”