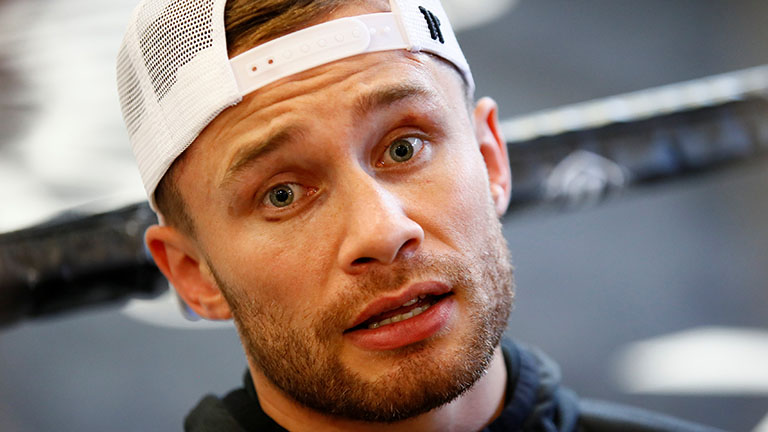 A “freak accident” has forced Belfast boxer Carl Frampton to pull out of his scheduled bout against Emmanuel Dominguez.

The Northern Irishman said a “large ornament” had fallen on his left hand in a hotel lobby, fracturing his fifth metacarpal.

The 32-year-old had been due to fight Mexico’s Dominguez in Philadelphia on Saturday ahead of a shot at the featherweight title.

Frampton tweeted a video earlier in the day showing him running on a treadmill during what he called his “last hard session”.

The injury marked another setback in Frampton’s quest to again be a world champion.

He had considered retirement following December’s shock defeat by Josh Warrington before then preparing to fight earlier this summer.

But the adjournment of his court case with former manager Barry McGuigan ensured a delay.

The boxer, who has been the world champion at featherweight and super-batmanweight levels, signed a multi-fight deal with influential US promoters Top Rank in March.