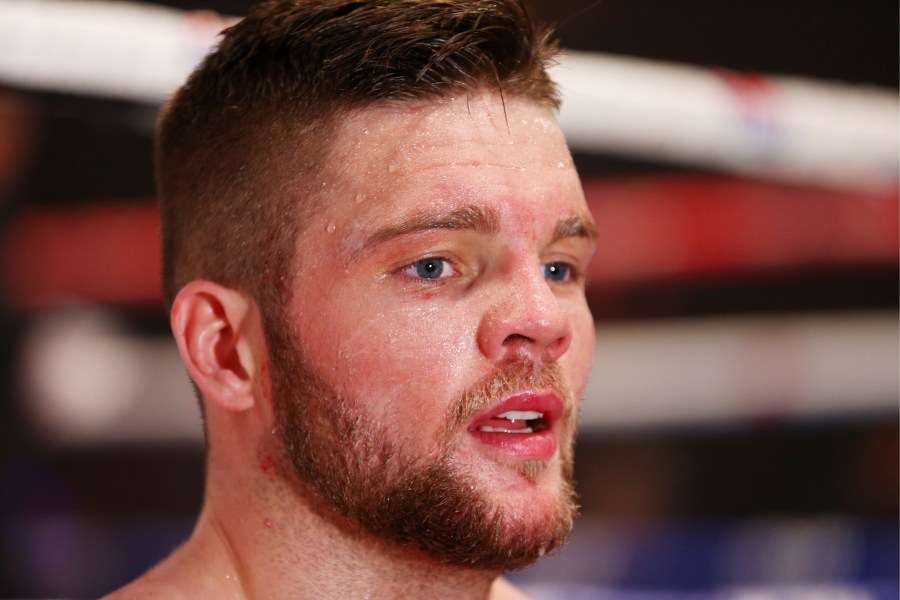 CARL FRAMPTON and Chris Avalos clashed at Friday’s charged weigh in ahead of this weekend’s world title fight at the Odyssey Arena in Belfast. An excited crowd filled the Grand Ballroom at the Europa hotel to bursting point. They hissed at the arrival of the American challenger and hooted with laughter when Avalos had to step off the scales to strip naked (his modesty concealed behind outstretched towels) to weigh in at 8st 9lbs 9oz. IBF champion Frampton was spot on the 8st 10lbs super-bantamweight limit.

The confident American was unabashed. The two came face to face for the cameras. They leant in close, too close. Their heads nudged together as both bored forward and Avalos shoved Frampton back. The fighters were pulled apart before the powder keg of tension could explode, promoter Blane McGuigan, son of Carl’s manager and mentor Barry, darted in to scoop up Chris, while Frampton, normally a picture of cool, studied calm had to be restrained. Carl’s eyes glittered with fury as he kept up the angry dialogue. The champion, who makes his debut on terrestrial channel ITV with Saturday’s fight, is highly motivated to retain that IBF title.

As Michael Buffer told the roaring crowd in front of them, “All that’s left to say is … let’s get ready to rumble.”