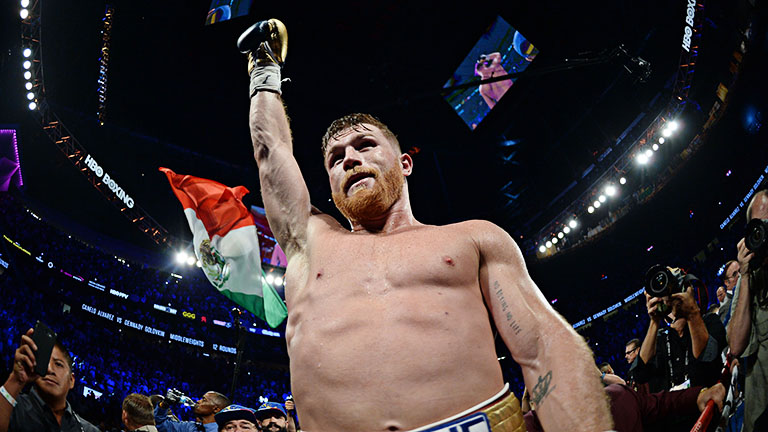 Canelo Alvarez pleased with performance but Adelaide Byrd will be investigated

BOB BENNETT, executive director of the Nevada State Athletic Commission, revealed he will investigate judge Adelaide Byrd’s performance that saw her hand in a terrible 118-110 card that favoured Canelo Alvarez over Gennady Golovkin.

“The fight was very competitive,” Bennett said when addressing the media at the post-fight press conference.  “I take full responsibility and accountability. Adelaide Byrd has judged 115 world championship fights. But she got it wrong tonight.

“I’ll go over the fight tound by round with her and we’ll take it from there. It’s easy to criticise but there’s not one person in this audience who hasn’t had a bad day at work.”

Eric Gomez of Golden Boy Promotions revealed that both camps had agreed to Bennett’s appointment of Byrd, the other two judges and the referee.

The head of GBP boxing, Oscar De La Hoya, purred about the quality of the fight and expressed sympathy for Byrd.

“Byrd’s competent judge but I feel bad for her now taking all this heat.”

While Golovkin – the real winner in the eyes of most observers – expressed his dismay at the decision, Canelo cut a much cheerier figure.

“The points are put aside and together we gave the sport what it needed and that’s a great fight,” Canelo explained.

“With this fight boxing wins and if the fans want to see it again, let’s do it again. I wasn’t scoring the fight but I was certain at the end that I had won.

“I did what we prepared for and I did what my corner was telling me to do. I was proud of my performance.”

One can only hope that Bennett isn’t nearly as proud of Byrd’s.