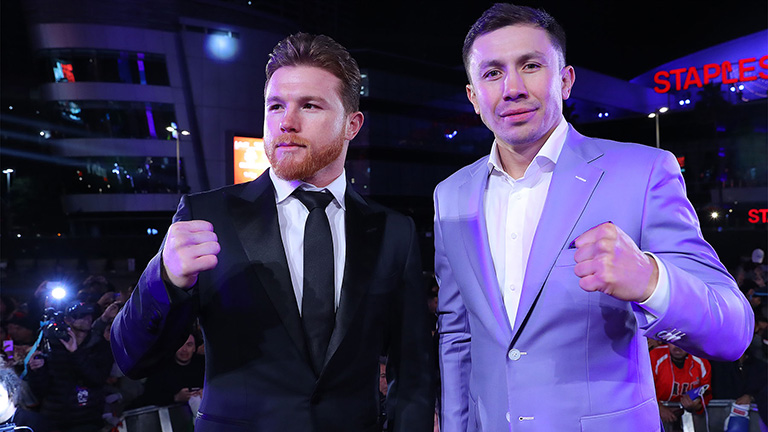 'It's all a load of b*******.' Martin Murray gives a scathing assessment of the Canelo Alvarez vs Gennady Golovkin rematch and in an exclusive interview with John Dennen maps his own route to a world title

MARTIN MURRAY thought his final shot at a world title had evaporated when Billy Joe Saunders pulled out a fight with him a second time. But with Roberto Garcia, highly ranked with the WBC, drafted in as a replacement opponent for June 23 at the O2, Murray can keep his world title hopes alive.

“The fact that I’ve got a meaningful fight and it still keeps me there or thereabouts, I’m made up with that. Even though I’ve been unlucky in some respects, Frank [Warren] and MTK have done a great job getting me this fight. So I’m planning on taking the opportunity with both hands and putting myself in a great position after a good win.”

With Gennady Golovkin agreeing a rematch with Canelo Alvarez, the IBF stripped their world title from “GGG” so Sergey Derevyanchko, his mandatory challenger, can fight for the vacant title. So later this year there will be a new middleweight world champion, as well as WBO titlist Billy Joe Saunders and the Golovkin-Canelo winner, who will hold the WBC and WBA belts.

“Things are starting to open up. I’ve just got a feeling that something good’s going to happen. I’ve got a feeling. You can’t work that hard and nothing good happen from it. I’ve got a feeling something good’s on its way. So I’ve just got to put a good performance in on Saturday and then look at what’s there. Because things are starting to open up. There’s the winner of Golovkin-Canelo. I don’t know what the crack will be with the WBO or the IBF. There’s more options now than there was before Golovkin got stripped. There’s not just the WBO route. So if this puts me at number one with the WBC, I’d gladly fight the winner of Golovkin-Canelo. I’ve just got to stay positive and just keep fit,” Murray said.

“[Derevyanchenko], no doubt he’s a good fighter. But so am I. I’m a very, very experienced fighter. One fight at a time, but I know there’s a world title shot for me there.”

Murray, who went 11 rounds with a peak Golovkin in 2015, takes a dim view of the Golovkin-Canelo rematch. Their fight was rescheduled for September 15 after Canelo was handed a six month ban for failing a drug test, due he insists to eating beef contaminated with clenbuterol.

“All the drugs s*** that’s gone on, it’s all a load of bollocks. The fight shouldn’t be happening, I don’t think. It’s not on. If you’re a drugs cheat, you should be banned for life. The fact that he got a six month ban and he’s fighting in September, I understand it’s politics, it’s a business, but I don’t think the fight should go ahead,” Murray said.

He made a prediction for the fight. “I’m picking Golovkin again, I thought he should have got the first one,” the Briton said. “It was a great fight the first fight. I’m predicting the same.”

But the year that has elapsed between the first fight and the rematch could well favour Canelo. “[Golovkin] has not looked himself of late. He’s fought in the meantime, he’s had another camp. They’re the camps that do you. It’s not the fight. It’s the camps that do you,” Murray said. “He’s had another camp, he’s another fight so he’s that bit more battleworn. So I think it would have favoured Canelo definitely. Not fair at all. But that’s the sport we’re involved in.”