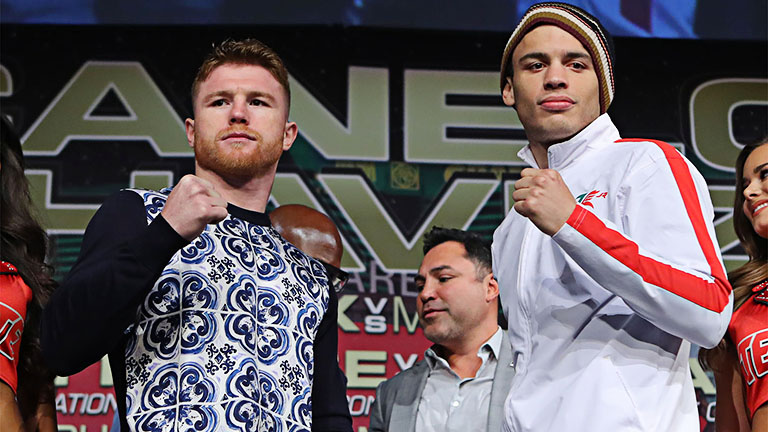 Speaking to John Dennen in Las Vegas, Canelo Alvarez trainer Eddie Reynoso discusses how the catchweight will affect the fighters

JULIO CESAR CHAVEZ JR will fight Canelo Alvarez at the T-Mobile Arena in Las Vegas on Saturday (May 6). But first Chavez Jr must make weight, 164 1/2lbs. Although that is a catchweight Chavez has not been that low since 2012.

But, speaking to Boxing News on the eve of the weigh in, Canelo’s trainer Eddie Reynoso is still expecting Chavez to be a formidable opponent and is not banking on him being depleted by a battle with the scales. “It’s difficult, it’s difficult to come down to a division that you haven’t fought in for a while. I can’t really predict that. We’ll see, we’ll have to wait and see,” Reynoso cautioned.

Canelo was a big super-welterweight but now has to move beyond even the middleweight limit. His team however consider that to be an advantage. “He’s doing very good,” Reynoso continued. “He’s feeling great and he didn’t get drained this time so it’s a good feeling.”

Alvarez is a known power-puncher and his team haven’t been focusing on that specifically, working on “everything that we always work on, attacking counters, defence, everything, just adding on to it”.