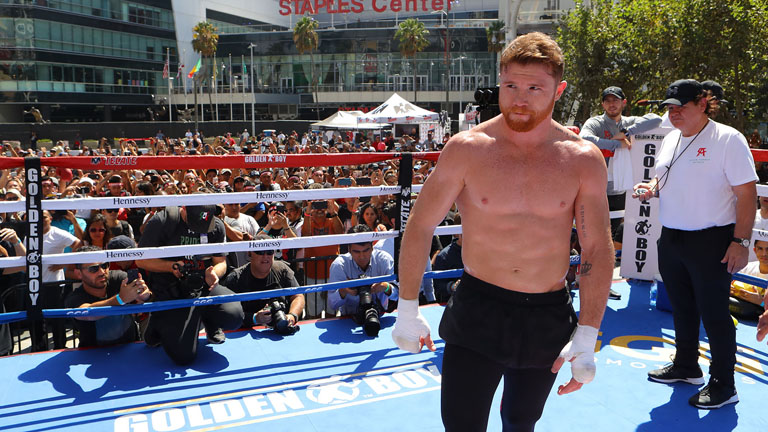 MEXICAN superstar Saul “Canelo” Alvarez has failed a drug test in the build up to his much anticipated rematch with middleweight champion Gennady Golovkin. Traces of prohibited substance clenbuterol was detected and has been attributed to contaminated meat. The fight with Golovkin is still expected to go ahead as planned. In a statement Canelo’s promoter Golden Boy said:

“As part of the voluntary testing program that Canelo Alvarez insisted on ahead of his May 5 fight, one of his results came back positive for trace levels of Clenbuterol, consistent with meat contamination that has impacted dozens of athletes in Mexico over the last years.

“As Daniel Eichner, Director of SMRTL, the WADA-accredited lab that conducted the tests stated in his letter today, “These values are all within the range of what is expected from meat contamination.”

“As has been planned, Canelo will immediately move his training camp from Mexico to the United States and will submit to any number and variety of additional tests that VADA deems necessary ahead of and after May 5.

“Added Canelo: “I am an athlete who respects the sport and this surprises me and bothers me because it had never happened to me. I will submit to all the tests that require me to clarify this embarrassing situation and I trust that at the end the truth will prevail.”

“Canelo has tested clean dozens of times over the course of his previous 12 fights.”