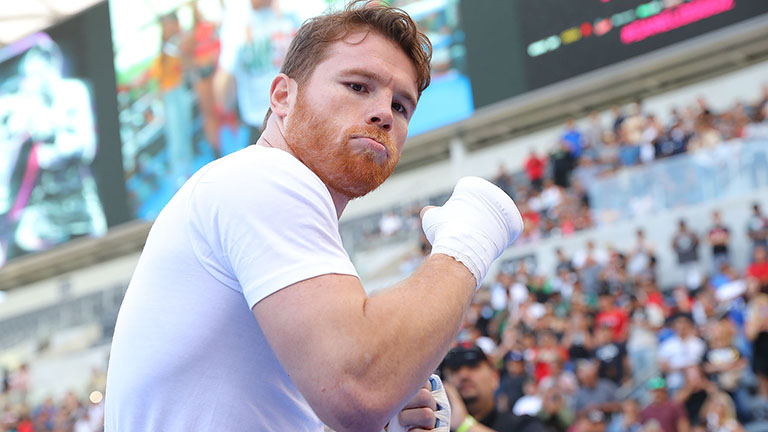 A new Mexican rival could emerge down the line for Canelo Alvarez, writes John Dennen

Munguia was willing to step in at short notice to fight Gennady Golovkin earlier this year. That fight ultimately didn’t come off but the fighter from Tijuana did get a shot at WBO super-welterweight champion Sadam Ali. He beat him and defended his world title against Liam Smith. He’ll next box against Brandon Cook on the September 15 Canelo Alvarez vs Gennady Golovkin undercard.

Munguia said, “I’m 21 years old and there are things that I need to learn. Maybe in a few years he could be a possible rival for me or an opponent.”

He is looking forward to the September 15 event and expects Alvarez to emerge victorious. “It’s going to be a great fight and I think it’s going to be a different fight to what we saw last time because of all that’s been said, it’s more personal now and I think they hate each other. Just because Canelo is younger and he’s able to learn more from this past year, I think he’s going to win the fight,” he said.

“What I would love is one day to be in a big fight with the best fighter in my division, just like the one that we have here with Canelo versus GGG,” Munguia continued.

“But more than anything we’re focused on Brandon Cook and defeating him.”