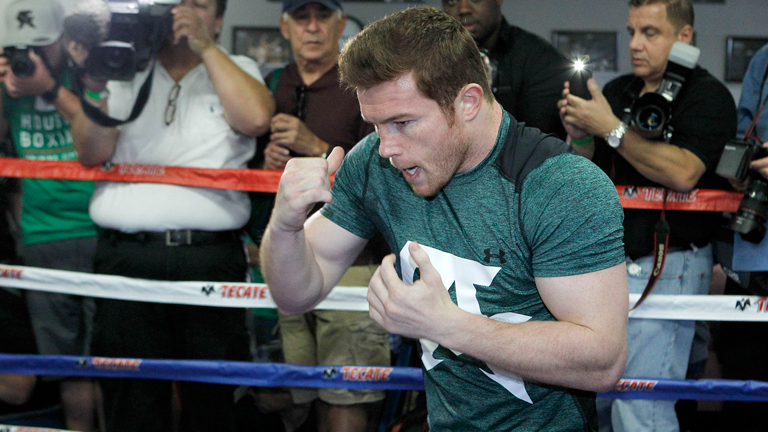 The Mexican will drop back to the division he once ruled to fight unbeaten Smith at the AT&T Stadium in Arlington, Texas.

While Smith toils away at his gym in Bolton, Canelo is also upping the ante for his own camp in America.

“Now he begins to sharpen his tools, get his timing where he likes it to be, the sparring intensifies, he tightens up his footwork, defence and offence.

“Canelo is never, ever in a boring fight. He is one to take you apart and knock you and that is what he plans to do with Liam Smith. Liam Smith is going to come to the US wanting to take the title back with him to the UK. It’s going to be a battle one not to miss.

“I think this will be a fight fought in the center of the ring.”

With five weeks to go, both men will be deep into training, motivated by the extreme amount of pressure on both of them. For Smith, it is the biggest fight of his career and a chance to become a superstar while Canelo will be looking to maintain his status as the biggest draw in the sport.

Joseph Diaz and Jason Quigley were added to the undercard yesterday, while further news is still awaited on other additions to the show – including WBO middleweight champion Billy Joe Saunders, who is allegedly set to feature.