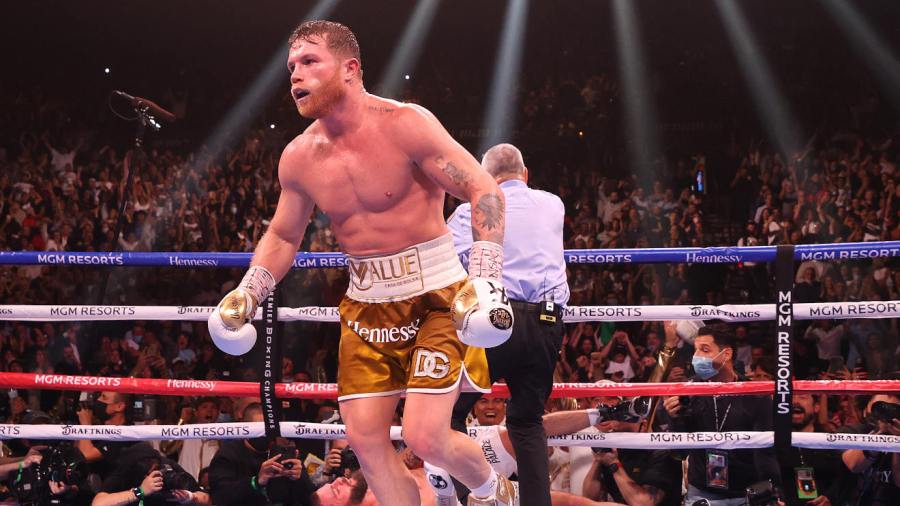 Canelo Alvarez on what's next after his victory over Caleb Plant. John Dennen reports from Las Vegas

CANELO ALVAREZ has been busy, within the last 11 months he has fought four times, including big wins over Caleb Plant most recently as well as Callum Smith and Billy Joe Saunders. He won’t box again until May of 2022.

“In May because my body needs rest. I need to rest and to recover so it’s probably going to be in May when I come back,” he said. “During the training sessions, trying make weight, that’s when you really feel the tiredness of it all. But right now, I feel 100%. My body’s responded splendidly and all I want now is to rest, until May we will go on to the next challenge.”

For the Plant fight he returned to the Showtime television network and it was the first promotion Alvarez had taken part in with Premier Boxing Champions. But Eddie Hearn of Matchroom, who promoted Canelo’s previous three fights, also has a good relationship with the star. Canelo will decide his broadcast future along with his next fight after a break. He did note, “Showtime, PBC, Al Haymon, everybody treated me so well. I was really comfortable. All I can say, overall, end to end, excellent.”

He has an array of options when it comes to his next fight. He could stay at super-middleweight, where he is the world champion, and let fighters like Jermall Charlo or David Benavidez come to him. Or he could move back up to light-heavyweight and pursue contests with Artur Beterbiev or Dmitry Bivol. However in the immediate aftermath of the Plant victory, he was not set on a definite course to take.

“We’re always looking for the best fights. But the belts are always important. But like I said before, right now we’re focused on enjoying this fight, trying to enjoy the moment, this is really meaningful and then, when the time comes, I’m going to think about the future,” Alvarez said.

That time could be January, when he assembles his advisors to decide on his next move. “Maybe January, we’re going to see and see what it is next,” he said. “Nothing in particular [in mind] right now but I love challenges and whatever comes my way, I’ll be ready for it. I’m ready for any challenge, any time but we’ll see what comes next year. I really don’t have a time set for sitting down with my team and thinking about it. Right now I’m just enjoying the moment.”