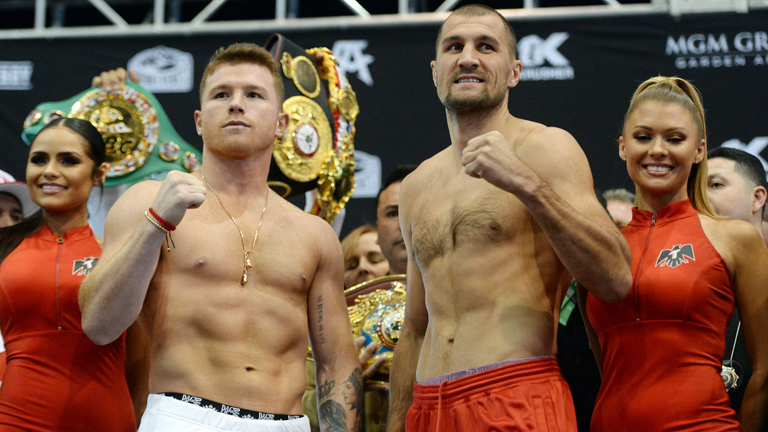 Canelo Alvarez weighed in half a pound below the light-heavyweight limit after WBO champion Sergey Kovalev initially failed to make the weight.

The Mexican star tipped the scales at 174.5 lbs while the Russian champion was given an hour to lose four ounces and after only a brief delay returned to the dais to come in bang on the limit of 175 lbs.

Canelo can become a four-weight champion if he dethrones Kovalev at the MGM Grand tomorrow night.