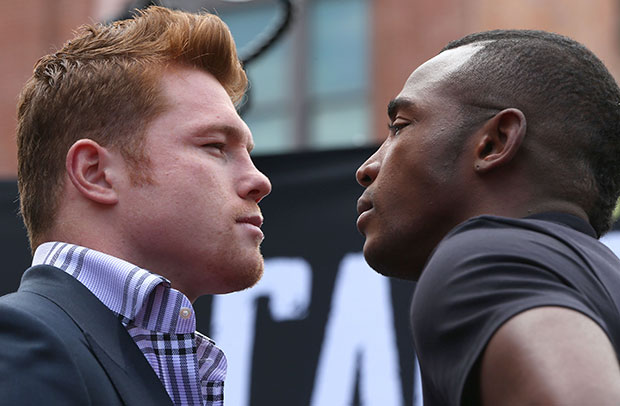 Alvarez acutely aware of the task that lies ahead

MEXICAN star Canelo Alvarez believes that Erislandy Lara will go down as one of the best fighters he will ever face.

The 23-year-old fan favourite Alvarez takes on the wily Cuban this Saturday night at the MGM Grand in Las Vegas, live and exclusive on BoxNation, with both men looking to categorically prove that they are the light-middleweight division’s number one.

Alvarez, however, is aware of the threat that the man from Guantanamo presents and admits that when he hangs up the gloves Lara will be amongst the very best he would ever have gone toe-to-toe with.

“This fight is important because Lara and I are the best two fighters in our weight class. He might not have the most recognisable name, but in the boxing world, everybody knows he is the most dangerous opponent. This will be a very important victory,” said Alvarez.

“Without a doubt this is one of the best opponents that I’ll ever have. But I’m always going to look for tough opponents, tough rivals. I want to fight the best,” he said.

Despite the magnitude of this fight, this weekend’s bout will not be for a world title, something which has no bearing on the former unified 154-pound champion Alvarez, who will be looking to use his speed to overcome his well-schooled opponent.

“A title doesn’t matter to me for this fight. This fight is for honour, for glory. We’ll go for a world title next year,” said Alvarez.

“How will I beat him? With speed, movement and combinations. He’s a fighter that moves very well. He has a very tight defence, but the thing that he doesn’t move well is his feet, his legs.

31-year-old Lara is in equally buoyant mood, having finally been given his shot at the big time.

Now fighting out of Houston, Texas having defected from Cuba before the 2007 Pan American Games, Lara is unperturbed by Alvarez’s size advantage and says the boxing style he was raised with will help see him through.

“Every fighter that I’ve fought has been heavier than me and I’ve been able to deal with them, so we’re not worried about Canelo’s size. Everyone goes into the ring how they feel comfortable. I’m not worried about his weight on fight day,” said Lara.

“The Cuban style is the best style in boxing. Everybody knows that we win the most medals at the Olympics, at international tournaments. And that’s shown throughout our history.

“We’re going to wait for him. We’re going to see what he can show. I just keep working hard. Anybody who comes to this country is dreaming of this opportunity. I need to take advantage of it. I’m ready for this fight,” he said.

This weekend’s card will also see the return of Mexican idol Abner Mares, who makes his first appearance since his shock loss to Jhonny Gonzalez in August last year, when he takes on Jonathan Oquendo.

“I’m very excited to be back. It’s been 11 months [away] in a sport I love that’s given me everything. I’m very hungry to return, I’m a three-time world champion and I want more. I’m only 28 years old and I’m very determined,” said Mares.

The stacked bill also has a rejuvenated Juan Manuel Lopez featuring, following his devastating second round stoppage of Daniel Ponce De Leon, when he takes on unbeaten Francisco Vargas.

The man who ran Danny Garcia extremely close in his last outing, Mauricio Herrera, is in action too and takes on interim WBA light-welterweight champion Johnny Perez.