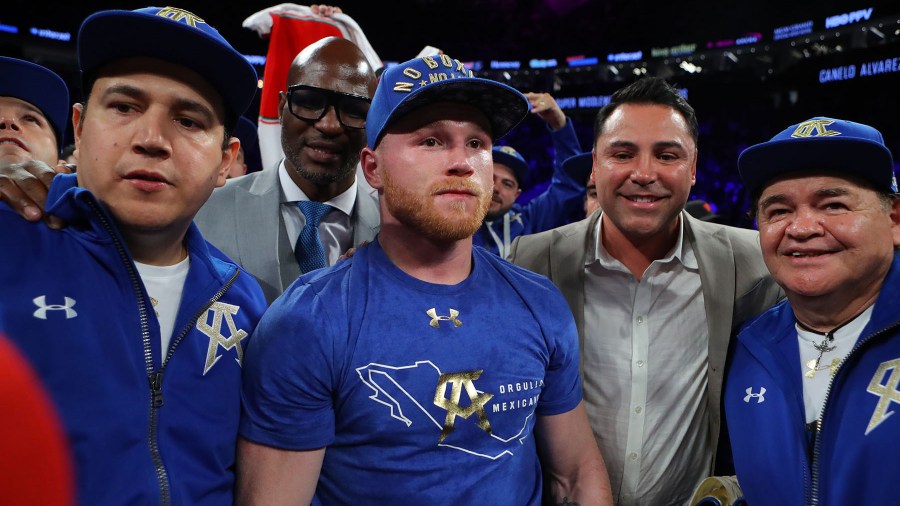 'This chapter is over,' declares Canelo Alvarez. John Dennen reports from Las Vegas

CANELO ALVAREZ is done with Julio Cesar Chavez Jr. Their rivalry had simmered for years, with Chavez the beneficiary of his father’s famous name while Alvarez had to work his work up from the very bottom, turning professional just as a teenager and now at 26 reaching the summit of the sport. But Canelo settled their grudge conclusively, shutting out Junior over 12 rounds at the T-Mobile Arena in Las Vegas.

“This chapter is over. I enjoyed the fight, I won the fight, every single round, I had fun and that’s what I do. I love boxing,” he said.

Alvarez’s promoter, Oscar De La Hoya wasn’t hugely satisfied with Chavez’s efforts. “One side showed up and that’s Canelo for this fight and we are extremely happy for him,” Oscar said.

There were moments when Canelo appeared to relax in the fight and slow his own workrate but he maintained that was only to goad Chavez in. It didn’t particularly work. “I wasn’t ever hurt. But I was inviting him to open up and exchange so we could give the public a beautiful fight,” he said. “The preparation, the hard work was done in training and yes of course in the fifth, sixth round I felt a little exhausted but that’s normal. Then I got my second wind and picked it up and finished strong.”

“I’m very happy and I’m very proud,” he added. “I’m going to continue giving you all, giving the fans big and great fights.”

That’s exactly what he is doing. Canelo Alvarez will fight Gennady Golovkin for the unified middleweight title on September 16.