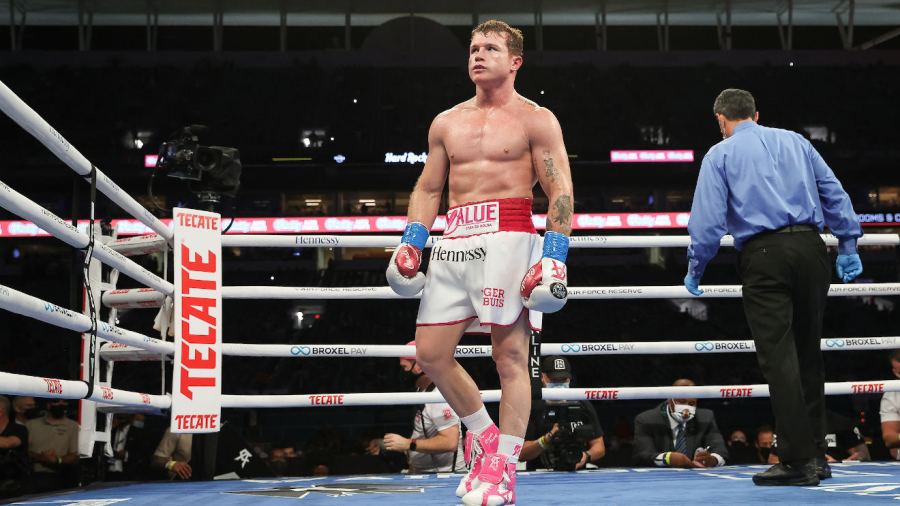 AVNI YILDIRIM was a straight-forward three round win for Canelo Alvarez on Saturday in Miami. The Mexican star’s next opponent, Billy Joe Saunders will be the underdog when they meet later this year on May 8. But Saunders, the WBO super-middleweight champion, will offer Canelo much more of a test.

Alvarez, the unified WBA and WBC 168lbs boss, said, “Saunders is a different fighter, he’s a southpaw. He has a complicated style. I’m a fighter with a lot of experience and I’ll be ready for whatever comes.

Erislandy Lara, a mobile, slick southpaw like Saunders, did give Canelo problems when they fought back in 2014. But now Alvarez warns, “I’m way better now. Because I’m a more mature fighter, I’m more of a complete fighter and I have much more experience. I’m in my best moment.”

He noted, “When they go in the ring me they’re always worried about what I’m going to do, whether I’m going to counter-punch and make them uncomfortable.”

That May date against Saunders is coming soon. Alvarez will take a week off and then return to training.

Canelo’s most recent fights are available to watch on DAZN. You can sign up here

Guiding Canelo’s consistent improvement has been his long-term trainer Eddy Reynoso. “Mark my words he will be the greatest trainer in the world,” Canelo says.

Reynoso reflected, “Billy Joe Saunders will be really complicated. He works his legs really well. He throws good combinations and he has good defence. He fights hard and I think it’s going to be a good fight.

“I’m really proud of all the fighters that are working with me, with Oscar Valdez and with Ryan Garcia and I’m really happy with what’s happening to me.”

“It takes starting from the bottom to be great,” Reynoso adds. “And hopefully day by day I’ll be able to make some history as well.”

Alvarez will of course be favoured to beat Billy Joe. He intends to unify the division before the end of 2021. That means IBF titlist Caleb Plant should be a target for later in the year.

“The truth is we have a fight in May against Saunders and whoever has a title after that we’ll go after them as well,” Alvarez said. “The goal of unifying the 168lbs titles is something that nobody has ever done and something that’s very important to me.”