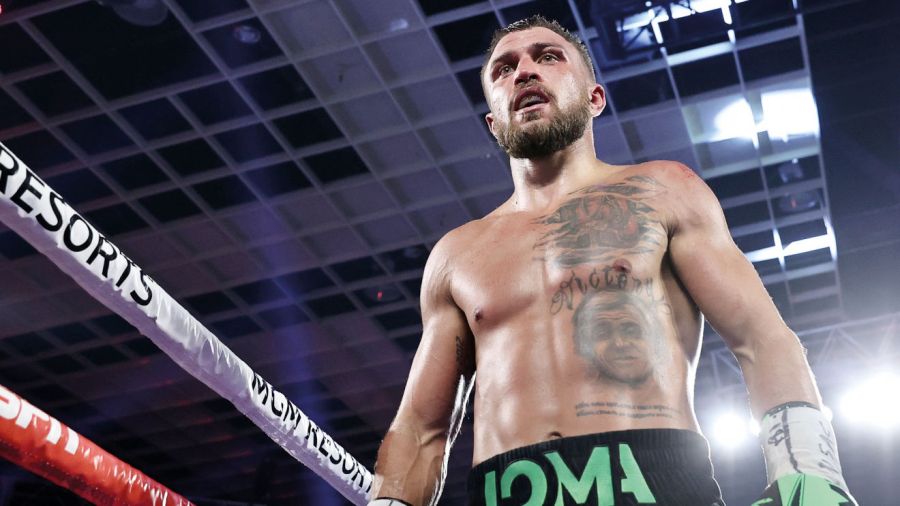 I PREDICTED that Teofimo Lopez would defeat Vasiliy Lomachenko. Many more will undoubtedly do so if there’s a return. The prevailing logic is that he should. Lopez is younger and stronger and has the feel of a superstar in the making. Furthermore, at the age of 23, he should continue to improve with each fight.

Conversely, Lomachenko’s better days are probably behind him. Just holding serve until a rematch might be the best he can hope for. But count out Lomachenko at your own risk. Because there are many factors working in his favour as well. Here are some factors to consider when looking at the old master’s chances in a sequel.

THE ISSUE OF RING RUST
It had been more than a year since Lomachenko last boxed. That was the longest layoff since he first donned the gloves. Lomachenko was flat out rusty, no question, which contributed to his lack of activity the first half of the contest. Assuming he resumes the level of activity he had in the past, or if the sequel is immediate, Lomachenko will be sharper the second time around.

LOPEZ’S MOTIVATION
This is of course difficult to predict but must be considered. Rarely has a boxer been as motivated to defeat an adversary as Lopez was for Lomachenko. It had been building up long before the contracts were signed. Lopez would be highly motivated to defeat Lomachenko again, but it’s fair to speculate it would be hard to be replicate that all-consuming desire in a rematch.

LOMACHENKO WILL START FASTER
Lomachenko started uncharacteristically slow, doing little in the first half of the fight. By the time Lomachenko rallied in the second half he had dug himself a hole that was too deep to get out of. Surely he has learned his lesson and will get out of the gate quicker this time. The big question, of course, is would Lopez allow him to?

POWER ALREADY TASTED
As well as a unshackling the ring rust, Lomachenko’s slow start was no doubt a result of him being concerned over Lopez’s vaunted power. After going 12 rounds and never being dropped or seriously hurt his confidence had to be boosted that he can take anything Lopez dishes out. This should result in Lomachenko’s work rate increasing in a return.

ISSUE OF FAMILIARITY
It seemed that for a good part of the fight, a retreating Lomachenko was analysing Lopez’s style before attacking. Waiting and waiting, perhaps, until he was certain his own attacks would be a success. Being that most of his success came in the later rounds, perhaps Lomachenko found weaknesses he can continue to capitalise on in the next fight.

LOPEZ IS A GROWING BOY
Assuming a rematch is fought for Lopez’s lightweight title belts he will be forced to dig down and make 135lbs once again. At age 23, he is growing. Making the weight will become harder with each fight and might weaken Lopez the next time he boxes Lomachenko.

THE FAME GAME
This was a breakout fight for Lopez in which he became a star. People will be all over Teofimo telling him how great he is. If Lopez starts to believe the hype, as we have seen countless times with upset winners in boxing, then it can only help Lomachenko who will be intensely focused for the encore.

UPSETTING THE ODDS
Lomachenko has never been an underdog before. That will change in a Lopez rematch. The public will be rooting for Lomachenko. That will supply the inspiration to even the score with Lopez. Furthermore, fighters like Loma – if he’s still the fighter and man he was – will be positively obsessed with proving the bookmakers wrong.

THE CONFIDENCE FACTOR
Lopez was very confident last time out, but Lomachenko might have been overconfident. It reflected in the way he fought, showing no urgency until it became apparent the fight was starting to slip away. There is no way Lomachenko will be overconfident the next time around, but it is conceivable that Lopez might be.

A CUT ABOVE THE REST
Although it came from a butt, Lopez was severely cut in the closing seconds of the fight. He had been cut earlier as well. Frequently, cuts that have healed reopen in their next fight. Lopez dealing with a cut for long periods of a fight is obviously far harder than for a matter of seconds.

THE CROWD FACTOR
Fighting inside of a virtually empty arena hurt Lomachenko more than it did Lopez. Presuming there are fans in the arena for a return, Lomachenko would feed off of the crowd’s energy the way he always used to.

PLAY IT AGAIN, TEO
But, of course, all of the above may have zero effect. What we may have just seen is a true passing of the torch. Lopez, without question, is a special fighter and might always be one step ahead of Lomachenko. His tactics were spot on, he never allowed Lomachenko to be Lomachenko. Whatever one’s opinion, there are enough question marks to merit another helping of this fascinating rivalry.