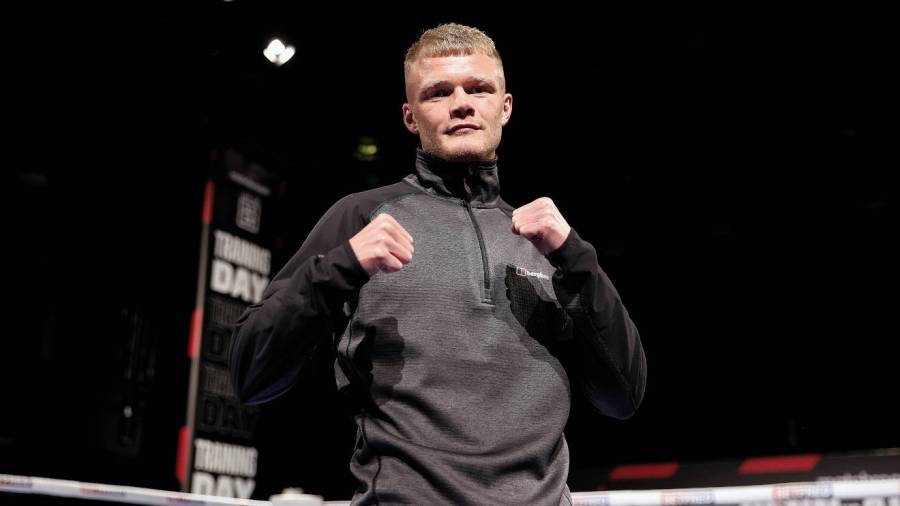 Calum French and a cluster of other top quality prospects are coming out of the North East of England, writes John Dennen

PROMOTERS know there is a hunger for boxing in the North East of England. Broadcaster Sky had one of their last shows with Matchroom and one of their first with Boxxer in Newcastle. New promoter Probellum will have their first UK show, featuring Scotland’s Ricky Burns, at the Rainton Meadows Arena in Houghton-le-Spring on December 18. There are enough quality fighters coming through in the region to sustain all this activity in the sport. If Jeremias Ponce cut short Lewis Ritson’s hopes of reaching world level in June, the North East has rising prospects with real world class potential. Calum French will make his professional debut in Liverpool this Saturday December 11 against Rustem Fatkhullin. French would have been a tremendous medal hope for the Paris Olympics if he’d stayed with the GB programme. But he decided to make the jump.

“It’s a step into the unknown,” French told Boxing News. “In the lighter weights and that, you need to be sharp and you need to be in your prime. It just felt like the right time to go.”

French had an excellent track record as an amateur, a long, 35-bout unbeaten run internationally over five years and was a winner of major medals. But when his weight class, 60kgs, was removed at relatively short notice he was denied his chance to go to the Tokyo Games.

“The promoters came in with the offers and we decided to go with the DAZN offer,” Calum explained. “To get signed by [Matchroom], it’s a dream come true. I’ve just got to show I’m capable, I’m good enough to be boxing on these shows and I’ve got the skills and the ability to be winning titles.”

Despite all his achievements in the amateur vest, it was a posed picture with Eddie Hearn, who’ll be his promoter, that seemed to generate an unexpected amount of interest. “I couldn’t believe it, my phone set on fire,” he said.

A professional now he’ll still train with the coach who brought him all the way through the amateurs, Graeme Rutherford from Birtley. “I think you box your best when you’ve got one coach, one voice telling you, who knows you. Graeme knows me inside out. It’s good to have his voice back leading the way telling us what to do,” French said. “It’s a production line, isn’t it? It’s all down to Graeme, he’s the man behind the magic.

“It’s building and building all the time. We [Birtley] are getting more successfully internationally as well and obviously into the pro game now.”

Rutherford also trains pros Ben Rees and Cyrus Pattinson, who will go into his third professional contest on Matchroom’s December 18 bill in Manchester. “I’ve enjoyed it [taking them pro], enjoy training them because obviously I’ve had them since they were kids and now you’ve got that affinity with them, you’ve got that bond with them,” Rutherford said. “I’m pleased for them and kids can do nothing but learn off them about how hard they train.”

He knows these boxers can sell plenty of tickets. “The community always gets behind people in sport,” Rutherford says.

“The club takes great pride in the town, proud of our heritage and where we’re from,” he added. “Birtley’s well known all over the country because of the boxing club. I think it gives people a bit of a spring in their step.”

Pattinson found that when he made his debut in Newcastle in June. “The support just took us completely off guard. I was preparing to hear one or two cheers but when I was entering it was literally the whole stadium that was behind us and that was only a thousand people, it felt like 8,000 people. It was absolutely amazing. That’s why I was bit overhyped in the first round,” Cyrus said. “The stoppage came in the second.”

“When I came out the ring I just wanted to go again the next day to get that feeling back,” he continued. “It was an amazing experience.”

Pattinson’s second fight, in Barcelona in September, saw a tough opponent drafted in at short notice. Dumitru Vicol had a couple of pro bouts but returning to the amateurs he’d been competing with high calibre international boxers. “He had been really active this year as an amateur, I think he had two professional fights a few years ago and then he went back to being an amateur,” Pattinson said. “He definitely came to win.”

“Normally it’s the eighth or the 10th fight [for that type of opponent]. It was the first time I ever done six rounds,” Cyrus said. “I’ll be going into this fight a lot more confident.

“We’re all learning on the job because it’s all relatively new to all of us.”

French, Pattinson and Rees aren’t the only products of the Birtley club entering the professional mix. Twin brothers Pat and Luke McCormack, both Tokyo Olympians with Pat winning the silver medal at welterweight, will both be going pro. As well as Newcastle’s Ritson, Thomas Partrick Ward and Mark Dickinson, who both came through the Birtley club as amateurs, will be on Probellum’s December 18 card. Ward is an impressive 30-0-1 as a professional. Dickinson won the national amateur Elite title in 2019 and, now training with Ben Davison, is set to be a force at middleweight. The North East boxing revival in short is set to continue.