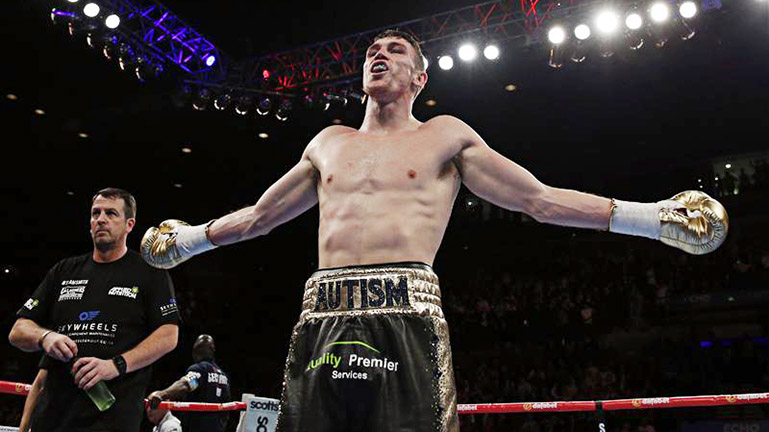 Hot on the heels of winning the British title, Callum Smith could get a slot on the big show, writes John Dennen

CALLUM SMITH could box on the undercard of Wladimir Klitschko versus Tyson Fury. The new British super-middleweight champion only boxed last Saturday when he destroyed Rocky Fielding inside a round.

“He might box on the Klitschko-Fury card. We’ll see, just trying to tie that up,” promoter Eddie Hearn told Boxing News. “If he boxes November 28, then he can go away in December and have a big fight in the spring.

“It’s three weeks away, it’ll be a decent international fight and some great exposure for him and the chance to keep the momentum.”