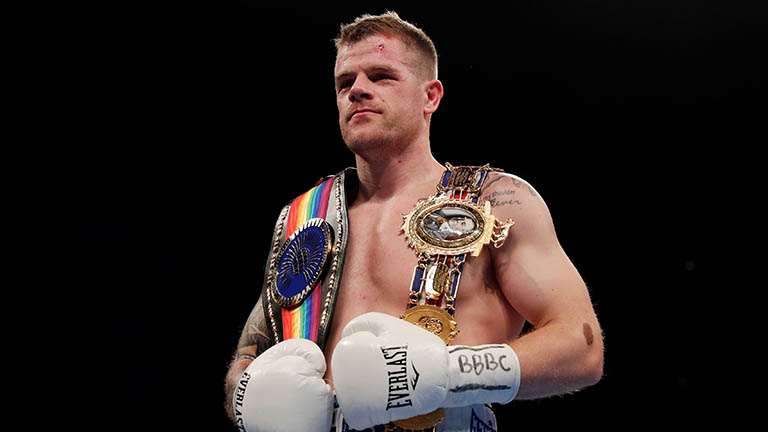 LAST October, heavy-handed light-heavyweight Callum Johnson almost did the unthinkable when dropping fearsome IBF world champion Artur Beterbiev in round two of a so-called mismatch in Chicago. Wobbled, hurt, and momentarily there for the taking, Beterbiev was at Johnson’s mercy for a minute or so before he recovered and impressively returned the fight to the script it was meant to follow.

In the end, Johnson succumbed to the power of Beterbiev and was stopped in the fourth, but the Brit’s spirited effort led to widespread praise as well as other Stateside opportunities. The first, a March fight against Sean Monaghan in Verona, resulted in a third-round stoppage win for Johnson, while his next, scheduled for this summer, could come in the form of fight at one of the world’s most iconic fight venues.

“There’s talk that my next fight will be out in New York again,” he told Boxing News this week. “Eddie (Hearn, promoter) was saying he’s going to try and make the Joe Smith Jnr fight for the back end of July or August time. I think that will be at Madison Square Garden.

“I remember as a kid watching big events at Madison Square Garden. Not just boxing, but big WrestleMania events and stuff like that. To think I’ll be going there to compete in my chosen sport is a dream come true.”

Johnson vs. Smith Jnr would appear a natural fight at this stage. Both, after all, are coming off defeats in light-heavyweight title fights – Johnson against Beterbiev, Smith Jnr against Dmitry Bivol – yet are desperate to remain in the hat for future opportunities. It’s a crossroads fight in every sense of the word.

“He’s a good fighter,” said Johnson, 18-1 (13). “He’s tough, he’s solid, he’s proven himself at world level. Obviously he lost his last fight, but it’s still an interesting fight for the fans. We can both punch and we both come to fight.

“It’s one of those fights where I just feel I’m better than him in most departments. I’m faster and I think I’ve got better feet. I just feel I do everything better than he does. At the same time, I’ll have to be on my game to win that fight.

“I’m convinced I’ll win a world title if I get another opportunity. But you need a little bit of luck and everything to fall for you. You need to get it right on the night. It’s not as easy as just saying if I get a shot, I’ll win it. There are so many things involved.”

Johnson knows this now, just as he knows stunning Artur Beterbiev and putting him on the canvas isn’t the same as sealing the deal and calling yourself the IBF light-heavyweight champion of the world. You get opportunities in boxing. Some are more obvious than others. Some are easier to grab hold of than others.