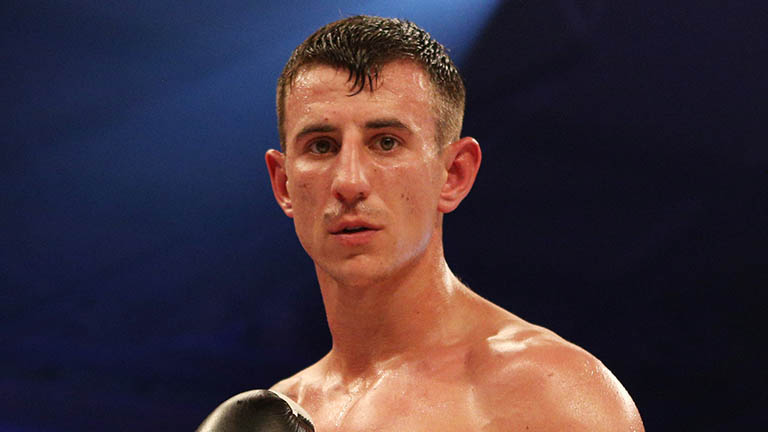 Callum Hancock has been through a horrific ordeal. He speaks to Matt Bevan

FIGHTERS are prepared for hard battles between the ropes. It comes as part of the territory. However for Sheffield’s Callum Hancock, his hardest battle remained an internal struggle and one that he kept to himself until it was impossible to hold it in any longer.

Hancock, an 8-0 super-middleweight prospect, returned to the sport this year after serving a six month term in prison for GBH. However he shockingly revealed the disturbing news that he was raped and sexually assaulted as a 10-year-old child, stunning the UK boxing scene.

Now 27, Hancock explains the relief he felt at revealing the ordeals he suffered and describes 2018 as a “new beginning”, not just in his boxing career but his life as a whole. His return in September saw him earn a four round points decision and he will continue on the comeback trail with another four round opportunity as part of the undercard of Kell Brook’s clash with Michael Zerafa at the Sheffield Arena.

Hancock spoke candidly about how he came to the realisation he had to speak to someone about what he had gone through and how he has changed, very much for the better, as a person since he did.

Hancock told Boxing News: “Revealing everything was a huge weight off my shoulders. I’d got to the point that I could no longer live with what would I had previously lived with. Getting it all off my chest was the best move that I have made in my life.

“I had coping mechanisms but they were all negative, whereas now my outlook is much more positive. I can turn to people and tell them that I’m having an off-day and everyone around me understands. I don’t have to come up with a lie to tell people this is why I am the way I am. Everything is so clear to me now.

“When I was silent, I used to used what had gone on as my fuel in the gym and I refused to let anyone beat or outwork me. It was like I had to prove to myself and everyone that I was the man. Even though this has happened to me, I am a man. Since breaking my silence, I have now been able to express my emotions in different ways.

“I wasn’t a good person before, even in the gym, I would go to town on my sparring partners which doesn’t do anyone any good. Now I’m so much more relaxed and approachable, so I can safely say that the best thing I have done is get it all out in the open.

“Since I came back to the gym, I have thrived. The atmosphere is brilliant and it drives you on and helps you enjoy what you’re doing. I’m proud to be a part of this gym and proud to represent my home city of Sheffield.”

The gym he has joined is run by former world title challenger and former British standout Ryan Rhodes, who has been a constant for Hancock to turn to and a source of inspiration as the Eckington man focused his attention on a return to the sport.

Rhodes, a well known fight figure in the Steel City, admits he can’t help but admire the way Hancock has acquitted himself since the revelations, as he has witnessed him at his best and his worst. Rhodes was also quick to pay tribute to the tight-knit Sheffield fight community, which rose to the occasion in support of Hancock.

Rhodes explained: “Since Callum revealed everything, he has acquitted himself so well. Sometimes you can see he’s struggling, but then when he puts the gloves on and gets to work it puts his mind at ease and gives him something else to truly focus on.

“Callum found boxing was the way he could channel everything, whether it was before he told everyone and now after he has, and all the people around him can do is help him and push him through in the right way. I’ve seen Callum in some very dark places and the man I see today makes me very proud.

“This year he’s had the fight he needed after almost three years out of the sport and I knew that night when he returned it was going to be an incredibly emotional night, but he dealt with it like a true professional does.

“As we saw earlier this year with Tyson Fury, who had his own personal demons, getting back in the ring was the the true victory, not just getting the actual win on the record. I knew once we got that out of the way, we can now really push on.

“Thankfully this show came up and Eddie Hearn and Matchroom have given Callum a big opportunity. He needs goals and an aim to focus on to take his mind of what is going on in his personal life and when he has that, he is a different man.

“Everyone around the city and in the sport has nothing but praise for the way Callum has handled himself since he told everyone about what he went through. We all get behind our own in Sheffield and there has been a conveyor belt of champions coming out of the city, but the true spirit of the fighters in this city was no more apparent than when Callum came out. Everyone messaged him and they were all immediately there to support him.”

Hancock is now turning his sights to his fight on Saturday at the Arena, the fortress which Kell Brook has very much made his own in recent years. He can’t help but smile, safe in the knowledge that he will get his opportunity to fulfil one of his biggest ambitions.

He is also effusive in his praise of Rhodes, a former European champion who also still holds the record for shortest amount of time for winning the British title outright, as he looks to take advantage of the experience that Rhodes has accumulated during his own professional career, which began back in 1995.

“Saturday will be my biggest opportunity yet in the sport and I can’t wait to get in the ring inside the Arena. It’s everything a young fighter from this city could ever want. This is what fighters get up for in the morning. Sheffield is a big fight city and the numbers that show up to support you are phenomenal and Saturday should be no different, especially when all my lot rock up,” Callum said.

“I’m very fortunate to be able to lean on and learn from Ryan Rhodes. He’s got a great setup in his gym and in a few years the proof will be there and he will be consistently churning out more champions.

“There is nothing that I couldn’t go to Ryan with that he hasn’t already experienced himself in this sport himself. You can say he’s got the t-shirt, but Ryan’s probably got a few of them. No one has won the British title outright as quickly as he did and he’s fought likes of Canelo Alvarez and Jamie Moore, so you’d be have to be stupid not to be able to take something from his vast wealth of experience.

“Like any other fighter, the fight is the enjoyable part for me. I’ve already done all my homework and preparation for it, so there is no point in fighting someone who isn’t going to test you, as what’s the point in the camp? Whatever the opponent will bring won’t be more than what I already have in my toolkit.”

However, he is quick to acknowledge the biggest victory is simply getting back in the ring. Now free from the shackles of his secret and back doing what he loves, Hancock adds that boxing dragged him back from dark places. He also added that he hopes to become a role model for others who may have gone through similar experiences now that he has seen his attacker sentenced for over six years in October.

“This is new beginnings. When I was in jail, all I could think about was coming back to boxing. Also since I revealed that I was raped and sexually abused as a child, boxing has been the reason that I have come through those dark moments and it’s the reason that I’m still here. Those challenges and tough days are made easier by having something to focus on and boxing is the reason that I get up and go,” he said.

“What happened to me unfortunately is what happened. These are the cards that I have been dealt. But I’m going to play my best hand and give life everything I have got. I’ve got to give it my best shot. Why wouldn’t I? I want to give hope to others who are in tricky situations and show them that there is a light at the end of the tunnel.”