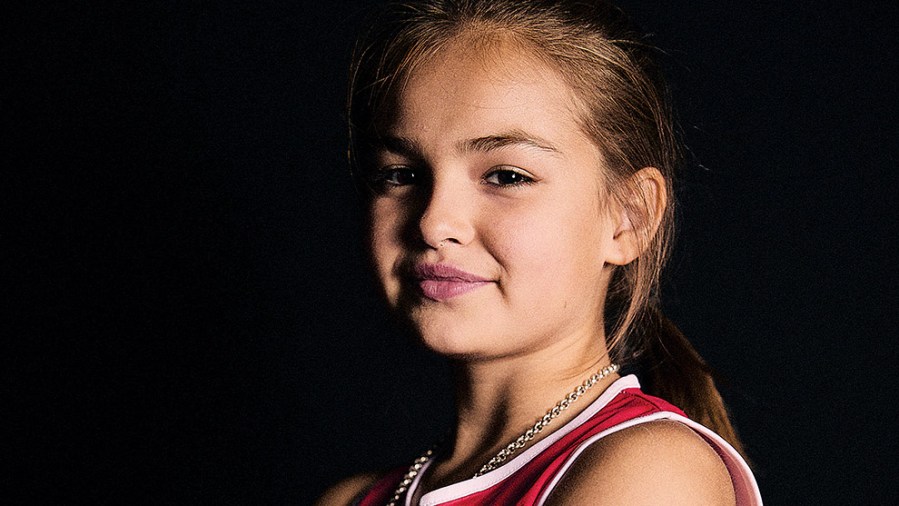 The purity of amateur debuts is every bit as important as the grandeur we saw at the O2, writes Steve Bunce

LITTLE Harleigh Cosgrave was throwing punches during her introduction at the Boston Dome in north London on Sunday afternoon. Just 14 hours earlier she had been standing on her seat and throwing punches at the O2 when Claressa Shields was fighting.

Harleigh Cosgrave is just 10, welcome to the new world order in the ancient business of boxing.

The show at the iconic Dome, a venue once graced by Anthony Joshua and the Dubliners, welcomed boxing back after a five-year gap. It was an Islington show and featured 19 bouts. Never say fights to the real purists, remember that.

I forgot and innocently asked about Harleigh’s fights. “They are bouts, Steve,” I was reminded. The answer was none, Sunday was her first bout, and it was over three one-minute rounds. It was not a skills bout; it was real and there was a decision at the end.

The place was packed with families and friends and dads. Not always the same thing. The Islington club is a massive business with over 2,000 members and classes each day, often from 7am until late. On Sunday, Harleigh was not even the youngest boxer. It is an extraordinary place, a building at the heart of several communities.

“She’s my little star, my little diva boxer,” Sabrina Edwards told me, as we watched from the stage as Harleigh got ready in the ring. Edwards is on the committee at the gym and operates as a ‘junior coordinator’. A real-life London version of the American Soccer Mom; it seemed like everybody came to her.

“She takes boxing very seriously,” Sabrina told me. “She gets upset with herself if she has a bad spar.”

The big girls – Islington has 16 girls and women with cards – all seemed to know Harleigh. They each seemed to go out of their way to tell her something as she warmed up near the bar before her bout.

The whole show was a sweet reminder of just how this dirty and crazy sport still operates with purity at the grass-roots level; at the Boston Dome, in the shadow of 50 men and women standing, laughing and drinking beer, a tiny six-stone girl was getting ready for her first bout. She was about to start the journey that all the greatest men and women in our sport never forget. Ask any boxer and they will recall details about that first bout, the venue, the opponent, the prize. The pain and the glory. The joy and the tears. And yes, there are always tears when 10,11 and 12-year-olds box.

Harleigh climbed through the ropes and had her headguard secured. Her ponytail was hanging down the back and her hair was poking through every gap in the guard.

I had asked Harleigh about the fights at the O2. It had been a big night for her, overwhelming for a small kid. I can remember watching fights at her age. Well, I can remember parts of it and there are programmes with my notes in them somewhere. I can’t remember actual details from the Royal Albert Hall and Manor Place Baths when I was 10. But how will you ever forget a night like the O2 last Saturday?

“She can box, don’t worry,” I was told by Mick Doherty, former boxer and Islington club chairman, when I asked him about Harleigh. And, Reggie Hagland, the Islington matchmaker – they are called competition secretaries in the old amateur game – told me the same thing.

And she could and so could her opponent. It was a quality little bout. It was the type of bout where the referee edges just a bit closer, just a bit nearer to the action. It is not a sport of heart and guts when the two boxers are ten and eleven and just about weigh as much combined as Claressa Shields. It’s a sport of values at that end – a distant relation to the shambles that too often scar the professional game. It was a good afternoon at the Boston Dome, a pure afternoon.

After 180-seconds of boxing, the referee pulled the two girls together in the centre of the ring. Harleigh had a towel, wiping away at a bit of blood from her nose. The bout had been non-stop, and the crowd played their part. The decision went against her. She was upset, that’s natural. Exactly 12 hours earlier, at 1.15am, I had not been able to interview Mikaela Mayer because she was too emotional. I understood with Mayer, and I understood when Sabrina shook her head and I had to back away from talking to little Harleigh.

I then watched a procession of boys, girls and women go over and talk to her. Micky May, the legendary trainer, at West Ham always maintained that “we win together, we lose together.” Little Harleigh Cosgrave was being told about all the great fighters that lost their first bout. She was being told that it would make her a better boxer. “We all lose, we get stronger from it,” a boy of about 12 told her. It’s hard to invent this stuff. She held back tears and listened, a small girl with a boxing dream. I thought they had stop making weekends like that.

My search for Skye Kettle, who beat Harleigh, was fruitless. She must have jumped straight in a car and driven the 50 miles back to Chalvedon in time for Sunday lunch. Harleigh left with her dad an hour later, still a bit quiet. “She will be back,” Sabrina told me. I don’t doubt that for a second.