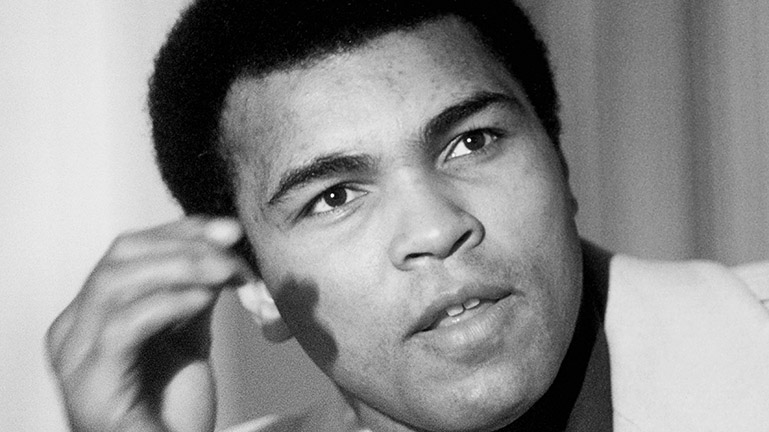 Muhammad Ali’s business manager Gene Kilroy is a man to be listened to, writes Steve Bunce

IT happens every time they are dusting off the ring canvas for something magical to happen in Las Vegas. The call, that’s what happens. The line is never crystal clear, but the voice is always strong: “Steve Bunce – it’s Gene Kilroy. Call me back.” I do immediately.

Kilroy was Muhammad Ali’s facilitator, business manager and friend, a travelling companion on countless neon-global nights, a hostage to glorious history in Zaire, a witness in Manila, silent pallbearer at funerals and until the very end Kilroy remained loyal and loved. It would be Kilroy jumping in a casino’s executive jet to fly and pick Ali up and bring him to Las Vegas. Kilroy the greatest of executive hosts, pure casino royalty in those tumbling grand halls where mountains of cash are spent each hour, then piled high again like an illusionist’s sick trick to evaporate once more.

Kilroy walked tall as the number one fixer inside the Luxor, New York New York, the MGM and others. His playground after life with Ali was Las Vegas. “In Las Vegas they make offers – I listened to offers,” Kilroy told me. He also listened to people reaching out in the midnight hours, desperate for a cash advance, an extended line of credit. I have sat with him, watched him balance and juggle a phone – on MGM property he would always get a landline at his table – telling Tony Curtis where to collect tickets and refusing some big, big boxing names another penny on credit.

A few hours before Tyson Fury fought Otto Wallin last September, we dined at Wolfgang Puck’s in the MGM and Andre Agassi’s father, Mike, called him. He represented Iran in the boxing at the 1948 and 1952 Olympics. He’s getting old now, Gene told him to keep using his mind. I was given the phone to say hello. “He’s a great guy,” said Gene.

Not everybody in Gene’s world is a great guy, it has to be said. He can talk through 50 years of fights and fighters and fight people in minutes, taking down myths, spilling savage truths about just above everybody. It can be vicious, Kilroy can be vicious. But he was there, at the Rumble he left George Foreman’s dressing room and returned to Ali’s room and told everybody what Archie Moore, part of George’s team, had said: “He says he can ‘Smell death in the air.’” He was not finished: He told Ali that Foreman was talking about making Ali’s children orphans. It was not for motivation, it was an extension of the terror that everybody in the Ali camp felt. That was Kilroy that morning. He was the messenger, the man that made Ali flip, jump up and start booming. That was the moment – that was when a bit of faith and hope was restored. Facts can be awkward, Kilroy likes facts.

Kilroy in his beige safari suit watched from Ali’s corner, standing, holding a rope and taking every shot for his friend. When the miracle was complete in the ring, it was Kilroy first through the ropes and at Ali’s side. He saw how exhausted his friend was, he made space in that bedlam of flesh to let the Greatest slump and sit: “He said to me: ‘Let the crazy people celebrate. I’m tired, Gene.’” That’s our boxing history courtesy of Kilroy. So, when he calls from Las Vegas, you call back.

Earlier in the Wallin week I had introduced Gene to Ben Davison in the lobby of the MGM. “I like your guy, he can fight,” Gene told Ben and then handed him the diamond and gold ring, the glittering monster Gene wears, that was worn by only the tiniest, devoted clan of sacred souls in the Ali business. Kilroy still wears it – it’s just Gene and Ali’s ailing brother, Rahman, now carrying that deep memory of experience.

Kilroy likes Tyson in the Deontay Wilder rematch. “The money line is even out here right now,” he told me. “I like this kid and the other guy, forget it, he acts like a fool all the time.”

There have been attempts to make Kilroy vanish from books written, the films made and Kilroy’s position has been undermined too often. His role relegated with a flippancy that is astounding. And insulting.

There exists the most beautiful photographic history of Ali and Kilroy, pictures in all shades of black and white and fading colour and eye-stinging Kodachrome – the pictures would fill a book of adoration, a homage to the Greatest from the permed man in his floating shadow. “It’s not a perm,” he once growled at me.

The pictures now serve as proof that Kilroy was most certainly there.

Gene and Muhammad outside Madison Square Garden, arm-in-arm at an intimate post-fight conference, wandering and smiling during 55-days in Kinshasa for the Rumble; on the road, in the dust or at the gym and always Ali smiling and Kilroy listening, looking, planning something. The great Facilitator at work and in each city, port and outpost, Kilroy checked on hospitals, gave blood types, spoke to the best surgeons and went to the US consulate or Embassy. He was on the job.

Kilroy was also there coughing up blood from deteriorating ulcers as first, Larry Holmes and then Trevor Berbick hacked away at Ali’s body in battles he should have been spared. Kilroy crying and bleeding and helpless as his beloved friend took the beatings. Gene still stumbles with those memories.

Kilroy is ringside less and less these days, but still he floats through the MGM once or twice during fight week. “I will tell you this, Ali burnt me out. There is nothing left to see.”

Gene Kilroy is the last man standing, the last man on planet earth with the right to utter those words and the righteous ability to do so. That is some position to hold, a truly wonderful burden.