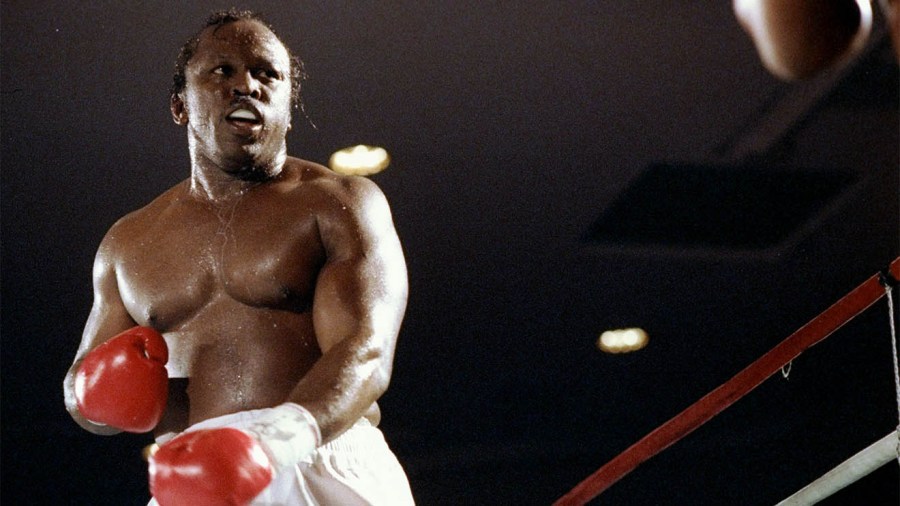 New hopefuls and the old and hopeless Michael Dokes, yearning for the big payday against Mike Tyson, writes Steve Bunce

THEY walked in from the street sheltering from a hail storm, huddled near the door, nervously laughing, one in shorts, one in a coat borrowed from a homeless shelter, one under a hood and as they stood and nodded at each other they were taking pictures in their minds.

It was another gathering of boxing’s wide-eyed dreamers, hopeful, bruised, threatened and lonely, all on a promise of a few quid.

At Hero, a fancy latte of a new boxing gym, in Manchester last week I sat with Ben Ridings, looking hard at the tattoo of a cross-like dagger under one eye and the word blessed scrawled across his cheek and jaw. He is a young dad, but the baby and mother were nearly lost. “That’s what I am, I’m blessed – they are living,” he told me. Both living and doing well now.

Ridings is one of eight super-middles in the next Ultimate Boxxer, scheduled for April 3 in Altrincham; Ridings joins a veteran or two, a fishmonger, a Love Islander, one of the Eubank clan, fighters with stories from boxing’s dark and comic side. One took up boxing when he left prison, one lives in Dubai, one is from Brazil, five are unbeaten and they all need the money. It is the same story in any gym, in any city and in any decade when there is a prize on offer, a big fight to be made. And money that can save or change a life.

In 1995 when Mike Tyson had been released, the heavyweights in Las Vegas started to pray with a brutal mix of delusion and hopeless desire. They all wanted Tyson’s golden lottery ticket, the chance to be in the opposite corner for his comeback fight, the chance to make a lot of cash. They got fit, they made plans and they made calls to anybody they knew in the Tyson industry.

I found Michael Dokes at Johnny Tocco’s gym, built on the site of his bar, that summer, punishing his body to try and make it look and seem like he was once the heavyweight champion of the world and not some desperate crack addict. In 1993 it was Dokes who had locked himself in a plane toilet as it came in to land in New York; a conference for his horrible fight with Riddick Bowe was scheduled, but first Dokes needed his pipe and his rock – it was possibly heroin. The fight lasted 139 seconds.

Inside Tocco’s and beyond the “Private Gym – Not Open To The Public” sign, Dokes seemed to be walking on water as he hit a bag, standing in a huge puddle of his own sweat and sin – it was always a furnace inside that gym. Dokes was muttering as he let his fast hands go and he still looked good. It was, I knew, an illusion. Dokes needed to believe he would get the call to be Tyson’s dance partner.

“Mike’s a good guy, always cool with me,” Dokes told me. “Man, I’m waiting for Don [King] to call me and give me Tyson – I’m perfect, Don knows it, but Tyson is scared.” At that point Dokes had not fought since the Bowe loss and was a fixture at Tocco’s, panhandling anybody that could get in to watch. Tocco would lock and close the doors when he had to, when he was paid to; Hagler and Tyson would work in confinement in his sweat-pit.

Dokes tried his best to perform magic for me with his words, he told me that his heart was back in the sport, that he was clean, that he still had a lot to offer. I had to listen. He then bummed a lift with me in a cab back to the MGM – it was a fight week and that meant old fighters, fallen fighters, the troubled could walk the carpeted casino floors, get recognised, get a free drink, maybe a meal.

It will be the same during the Tyson Fury and Deontay Wilder week – the city is a magnet for old boxers, the men we once worshipped. In the days before Floyd Mayweather’s last fight, Leon Spinks had an illegal pitch in the MGM and was charging people 20 bucks for a selfie. He made, and quite rightly, a nice big of change.

Dokes had asked me what I thought he would get for a Tyson fight. We were eating Chinese food from a plastic plate at the MGM at the time– my treat: I told him a million, I lied. It was the answer he wanted and he “borrowed” fifty bucks from me. He never got the fight – he was never going to get the fight, but he believed that day, he really believed.

Tocco’s gym was where Sonny Liston had spent the last sad years of his life, beating bags to death for fun and living in a twilight. And, yes, Tocco did talk to me about Liston in his tiny office, the one with the faded Polaroids tacked to the wall; snaps of Liston at family barbeques, Liston laughing, Liston standing with utter menace, but at child’s birthday party. “He loved kids, why do you think he’s buried with all the kids?” Tocco asked. That is, in my business, a sacred memory. Liston in death is surrounded by children in the cemetery.

A couple of years later Dokes was sentenced to 10 years for beating his girlfriend. Nobody could recognise her after his fists had done their damage. He was ruined, his legacy and reputation gone. He was released in 2008, dead by 2012. Another fallen member of the Lost Generation. It goes without saying that he never paid me back the money.