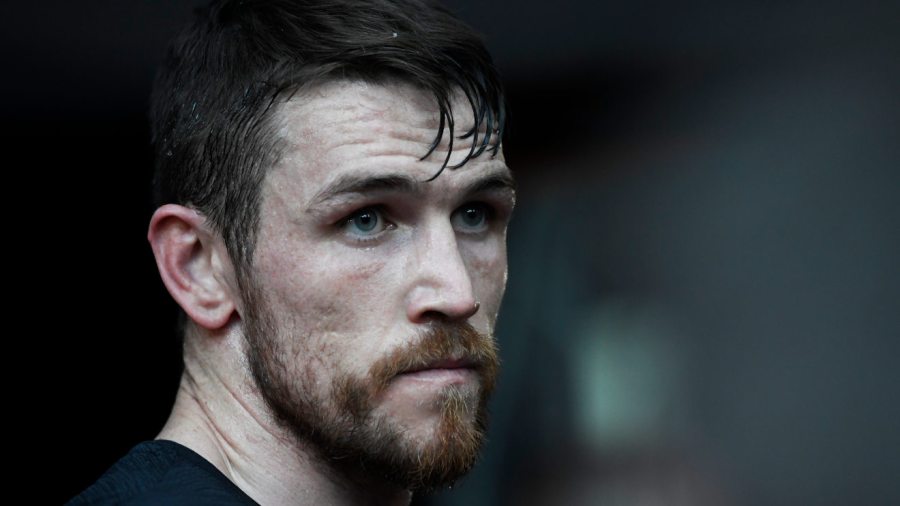 IT’S hard to imagine former WBA super-middleweight belt-holder Callum Smith returning to his corner and not seeing Joe Gallagher standing over him offering instructions, but that is now a scenario he – and the rest of us – will have to get used to.

Seven months after losing the biggest fight of his career against Saul ‘Canelo’ Alvarez, Liverpool’s Smith has decided to make two key changes, the first of which is the appointment of American James ‘Buddy’ McGirt as his new head coach.

The pair have been working together in Los Angeles for only one week so far but McGirt likes what he sees and likes what he hears. “It’s been great,” McGirt told Boxing News. “When I was in England [training Dereck Chisora for his May fight against Joseph Parker] I went to Liverpool and worked with him for a couple of days. That’s the first thing I do, look for a connection, and it was there. He’s a nice kid and very laidback. He listens well.”

McGirt has encountered most things in boxing and has experienced them as both a fighter and, in more recent years, a coach. He has, in a coaching capacity, worked with men like Arturo Gatti, Antonio Tarver, Hasim Rahman, Paulie Malignaggi and Sergey Kovalev, and has for a long time now been considered one of the premier cornermen in the sport. He admits, however, that the challenge of taking on Callum Smith is an appealing one due to how different it feels. “He’s 100% different,” McGirt said. “It’s different but it’s a good different. It keeps me on my toes.

“One, he has a good work ethic, two, he is willing to learn, and, three, there is more to him than meets the eye. This guy has the ability to do everything. He’s very athletic. I just think he’s been getting away with his power, which is good, but he has the ability to do so many other things.

“At this point it’s just about finding something you see that he can do and get him comfortable doing it, but doing it his way and fitting into what he does. Once he gets that, we’ll then make minor adjustments. He practices things over and over, and asks me about it over and over, and I say to him, ‘Listen, you don’t have to do it exactly the way that I do it. The key is to get the same result.’”

Prior to working with him, McGirt had seen Smith box just once, in a fight McGirt is unable to recall but said ended “in a couple of rounds”. He is not worried about this lack of knowledge, nor will he look to start revising now that he is working with Smith on a full-time basis.

Instead, McGirt insists his plan is to focus only on the future and to place more emphasis on what he sees of Smith in the gym than what he might be able to find in footage of his old fights. “I can tell more by the gym work – watching him in the gym,” he said. “I’m just going to go with what I see now.”

The same approach has been applied to Smith’s most recent performance, a decision loss at the hands of Mexican superstar Alvarez in December. “That was then, this is now,” McGirt said. “We leave the past in the past. We haven’t even spoken about that Alvarez fight.”

Fights Smith and McGirt will at some point discuss will no doubt include those against the likes of Artur Beterbiev, Joe Smith and Dmitry Bivol, all of whom lurk around the upper echelons of the 175-pound light-heavyweight division. These fights have all of a sudden become relevant because, as well as appointing a new head coach, Smith, 27-1 (19), has also decided his time as a 168-pound super-middleweight is now at an end.

“They mentioned it to me,” McGirt said. “I thought he was still going to fight at 168 but he told me he was thinking of going to light-heavy. My thing is, wherever the fighter’s comfortable, let’s do it. That’s when you get the best out of them, when they’re comfortable. If they have little doubts at a certain weight, you won’t get the best out of them. They’ll be cautious. I think Callum will be better at light-heavy. I mean, he’s big enough to carry it. When you cut a lot of weight, you tend to fight with a fear of getting tired. He won’t have that at light-heavy.

“They have some scary guys there but, to be honest, I can’t see any of them beating Callum. You’ve got the kid Joe Smith, you’ve got Beterbiev, and I don’t even know the other champs. All those guys will be a great challenge for Callum but I believe in my heart Callum will beat all of them. He has the ability to do so much more. My goal now is to bring it out of him and go from there.”

At 31, and with top level experience behind him, it’s hard to imagine a complete reinvention of Callum ‘Mundo’ Smith at this point in time. However, McGirt, someone accustomed to working with former champions in the final acts of their careers, is already in the process of pinpointing countless areas in which his latest student can improve.

“There are lots of things,” he said. “His combination punching, for one. I think he has a tendency to favour that left hook. There are also other things he can do that he hasn’t needed to do. He was winning fights with what he had and he didn’t need more than that.

“The key now is to add a little flavour and show people a different Callum – not different, but the same with a little more added on.”