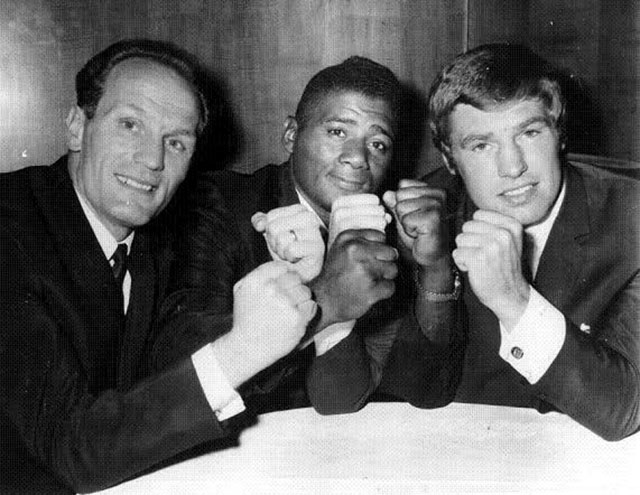 HOLLYWOOD has come calling for Billy Walker, one of Britain’s most popular heavyweight boxers, pictured above right alongside Floyd Patterson (centre) and Henry Cooper.

Billy became a household name – literally overnight – in 1961 after knocking out an opponent in one minute, in an Anglo-U.S amateur contest, watched by more than 12 million BBC TV viewers.

He was the David Beckham of his day – a rich, handsome A-list celebrity, living a swashbuckling lifestyle he and his equally famous brother, George, would not have believed possible when they lived in London’s East End.

Now, two film producers in Los Angeles have bought an option on the film rights for Billy’s autobiography, When the Gloves Came Off’, which he wrote with Robin McGibbon, a former national newspaper sub-editor, who ghosted the autobiographies of Barbara Windsor and the Kray twins’ elder brother, Charlie.

Billy, who now splits his time between London and Jersey with his fourth wife, Susan, said: “All modesty aside, I can see why the producers see the potential in my story. It’s got everything.

“I was the happy-go-lucky Cockney charmer, who had it all – beautiful women, expensive cars, and loads of money. But beneath all the glitz and glamour, there’s a deeply-moving story that people who’ve read my book find uplifting.

“I can’t wait to find out who’s going to play me?”

When the Gloves Came Off’ is available to buy through Amazon.