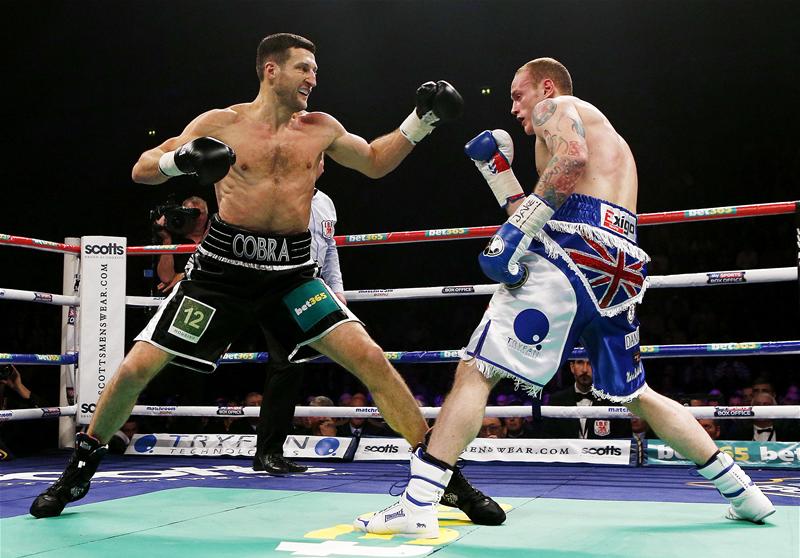 THE annual British Boxing Board of Control awards, held in association with this publication, are set for Friday, September 25 at the Novotel London West in Hammersmith.

Always a great night, as boxing heroes of past and present mingle with fans, officials and industry insiders, the awards night is an essential part of the boxing calendar.

The main awards – that recognise achievements for the boxing season from August 1 to July 31 – are always keenly contested with British Fighter of the Year last going to Carl Froch with his first victory over George Groves (above) gaining the Fight of the Year. Sergey Kovalev was recognised as the top Overseas Fighter, while old pals Anthony Crolla and John Murray picked up the Sportsmanship Award.

There are still tickets available for an event which last year welcomed the likes of Kell Brook, Anthony Joshua and Michael Watson MBE.