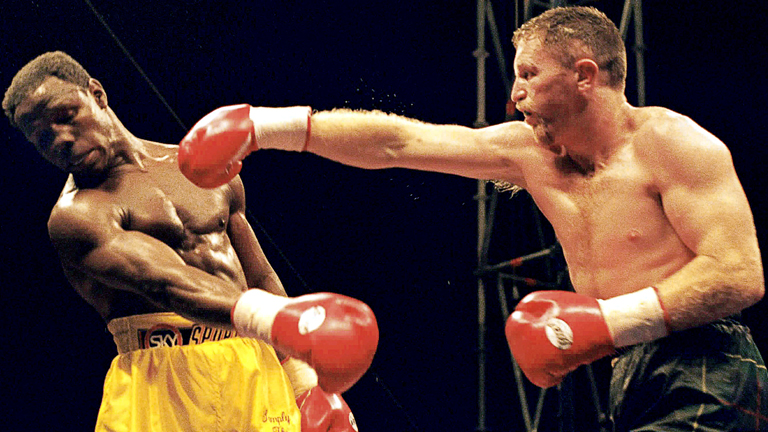 His standout win came against Jeff Lacy, but Calzaghe reigned for 10 years in 21 defences, also beating the likes of Mikkel Kessler before moving to light-heavy.

Jermain Taylor, Andre Dirrell, Kessler, Arthur Abraham, Lucian Bute. Those are just some of the scalps Froch claimed during his glittering career.

Arguably the most ferocious – and popular – fighter on this list, Benn was involved in some phenomenal nights.

An iron chin, sublime skill and more confidence than you’d know what to do with carried Eubank to the WBO title with some unforgettable fights.

The Irishman beat war-torn versions of both Eubank and Nigel Benn and also won the WBO crown.

A masterclass against Sugarboy Malinga to win the WBC title and a win over Vincenzo Nardiello stand out for Woodhall, though Markus Beyer dethroned him before Calzaghe retired him.

He pushed Calzaghe alarmingly close in 1999, and perhaps deserved the decision. Aside from that he briefly held the WBC title, beating Nardiello in Italy to win it.

He upset Beyer in 2000 to become world champion, though was stunned himself in his first defence against Dingaan Thobela.

An amateur and professional win over DeGale prove Groves’ class, but he has fallen painfully short in world title fights so far.