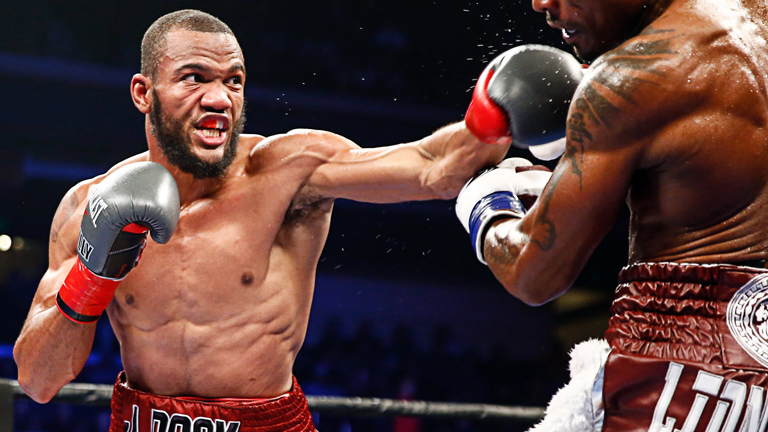 PHILADELPHIA has yet another world champion.

His name is Julian ‘J-Rock’ Williams and tonight (May 11) in Fairfax, Virginia he became the latest in a long line of Philly world champions with a near-perfect unanimous decision victory (scorecards read 115-112, 115-112 and 116-111) over WBA an IBF world super-welterweight champion Jarrett Hurd.

Williams, 29, had lost just the once going into the fight – a fifth-round stoppage defeat to Jermall Charlo in 2016 – but had found himself on a good run of form of late, winning four on the bounce, and was seemingly very confident ahead of what was his second world title fight in a nine-year professional career.

Hurd, meanwhile, had reigned as IBF champion since beating Tony Harrison in February 2017 and then added the WBA belt to his collection when outscoring Erislandy Lara the following year. Big for the weight, and unbeaten in 23 fights, Hurd was being tipped by a fair few to keep hold of his titles for some time.

That, however, will not be the case. Instead, throughout the 12 rounds they shared in Fairfax it was Williams who got the better of Hurd on the inside, breaking him up with hooks and uppercuts, and it was Williams who registered the one knockdown of the fight in round two, when a short right hand to the top of Hurd’s head dropped the champion for the first time in his career.

“I worked so hard,” Williams said after being crowned the new world champion. “They told me I was done. They told me I had no chin. I just got basic.”

Hurd, to his credit, was philosophical about his first career loss and happy to give Williams credit for his breakout performance. He also said fighting in front of his home fans at the EagleBank Arena had no bearing on his own lacklustre showing.

“It’s just that J-Rock was the better man tonight,” he said. “He put me down for the first time in my career and he came out with the victory. Nerves didn’t have anything to do with it.”

With the win, as well as the two titles, Williams, now 27-1-1 (16), stands as a fine example of a fighter who came up short in his first world title fight only to use the experience as a catalyst to get it right second time around. He did that this evening. More than just getting it right, ‘J-Rock’ got it spot on.