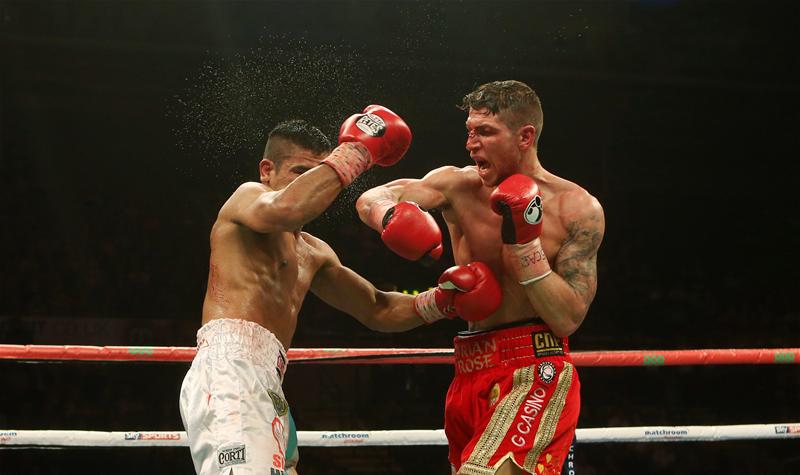 BRIAN ROSE says his clash with Carson Jones on February 14 at the Winter Gardens in Blackpool live on Sky Sports is a must-win contest if he wants to fulfil his world champion ambitions.

Rose meets the American for the vacant WBC International light-middleweight title but the Blackpool ace says there is more on the line than just the belt as he aims to get back into range of another world title shot.

The 29-year-old challenged Demetrius Andrade for the WBO crown in June in New York, and was stopped by the Rhode Island star in the seventh round. Rose admitted he froze on the big stage, but with that experience in his locker, he believes he can make a second chance count – providing he gets past Jones.

“Boxing only lasts so long, I want to give it one more big push to win a world title so February 14 is must win,” said Rose. “I won’t step back down to British title level, no disrespect to the guys there, but I am finished with that level. So if I get beaten at this stage then I am done as I want to be a world champion. I have given myself a level to operate at, and that is world level, losing to Carson Jones means it is not worth carrying on as I am not going to stick around to get beaten. I am that confident though of beating him and going on to get a world title shot and this time performing to my best.”