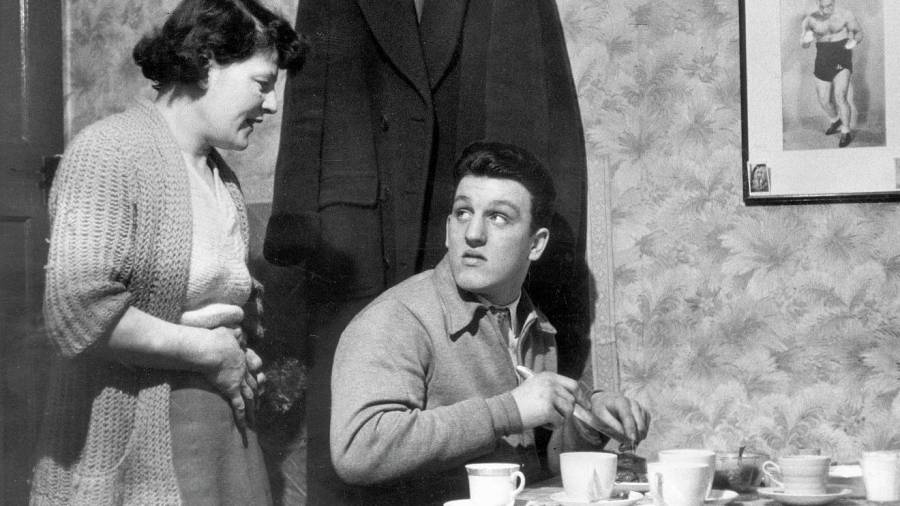 Regardless of what happened against Muhammad Ali in 1966, Brian London deserves to be remembered among the best of all 20th century British heavyweights, writes Matt Christie

BRIAN LONDON not only fought them all, he outlived them all. The former British heavyweight champion, who shared a ring with four world champions and fought the cream of heavyweight contenders in the 1960s, eventually succumbed on June 23 at the age of 87.

There was a misconception, which gathered pace following London’s harrowing three-round thrashing at the hands of a peak Ali in 1966, that the flat-nosed Briton couldn’t fight. Such an observation – regardless of what Howard Cosell once told Thomas Hauser – was nonsense.

But following that defeat to Ali, Boxing News criticised London’s showing, labelling it ‘the worst flop in years’. The truth was London never really stood a chance. He was past his best and had done little to merit the shot at Ali. Just three months before, London had been cut badly and socked to defeat by top contender Thad Spencer yet pluckily lasted the full 10 rounds.

But reporters, who had made several trips from the capital to London’s training base at the Pontins Holiday Park in Blackpool to build interest in the Ali bout, believed the fighter simply didn’t give his all while challenging the world heavyweight champion.

The Sun’s Colin Hart, who was ringside at Earls Court, told Boxing News last year: “London never tried to win that fight because he knew he had no chance. It was like a Lamborghini against an old banger that had failed an MOT.”

London, speaking to BN in 2011, admitted as much himself. “Ali was far too good for me,” Brian told me. “He was a brilliant fighter and I wasn’t good enough to fight him. When they offered me the money to fight him I just said ‘yes’ and I thought that I’d go for it but I knew I had no chance.

To focus solely on the loss to Ali, though, would be doing London’s memory a disservice. His career ran from 1950 to 1970, walking away with a 37-20-1 (26) ring record. Among those victories were wins over Olympic champion and world title challenger Pete Rademacher in the seventh (1960), another championship challenger Tom McNeeley was outscored in 1963 and, in arguably Brian’s finest result, he outpointed classy perennial contender Zora Folley over 10 rounds in 1967.

There were plenty of other noteworthy showings.

In February 1958, London had a terrific 10-round scrap with Willie Pastrano, ranked No.3 in the world and a future world light-heavyweight champ. London was edged on points but ringsiders like Associated Press, Daily Express, Daily Mail and London Times felt that London had done enough. “It’s very lucky I did not take London lightly,” said Pastrano, “for he is a crash and bang fighter who keeps coming at you.”

In his next bout London knocked out Erskine in eight to win the British and Commonwealth titles. His father Jack London, 13 years after he had lost the same British title himself, was ringside to watch his son follow in his footsteps. Born Brian Harper in West Hartlepool in 1934, he moved with his family to Blackpool when he was 16, and took his father’s ring surname when he turned professional in 1955. Prior to that, London claimed he’d won 85 of 87 amateur bouts after being encouraged to take up boxing by his father while in the RAF.

By the end of that decade, London was at his fighting peak. London followed the Erskine triumph with a fortunate five-round win over Pastrano in a rematch (on cuts that looked to have been caused by London’s head) before Henry Cooper took “The Blackpool Rock’s” domestic belts after 15 bloody rounds.

Cooper then called out world champion Floyd Patterson but it would be London who got the shot inside Indianapolis’ Fairgrounds Coliseum. Though he lasted 11 rounds, the Briton was never in the fight. He would draw criticism for his failure to take the fight to the favourite. Upon his return to the UK, the BBBofC took away London’s licence for six months for going ahead with a bout they had refused to recognise (due to Cooper being more deserving).

From that point forward, London would win and lose in equal measure. He found himself in more strife with the boxing authorities in 1960. A rugged and untidy blood-soaked battle with Welshman Dick Richardson would become known as ‘the brawl in Porthcawl’ as the two fighters and their teams came to blows after Richardson had been declared the winner after eight rounds. London explained: “I was going over to shake hands when a little fellow said something to me and came at me. I didn’t mind Richardson having a go at me, but I’m not standing for the little fellow.”

London, never quite as fiery in battle, went 12 rounds against former world heavyweight king Ingemar Johansson in Sweden in 1963. The Swede was a big favourite and had boxed his way to a big lead on the cards when London broke through in the final moments. A left stunned Johansson before a booming right – London’s power hand – sent “Ingo” to the mat. The count was at ‘four’ when Johansson was saved by the final bell. “I would have stopped the fight if the bell had not saved Johansson,” said referee Andrew Smythe afterwards. “He could not have continued.” Johansson never fought again.

Following the loss to Ali, Brian went 10 rounds with the up-and-coming Jerry Quarry in front of 10,000 fans at the Olympic Auditorium in Los Angeles. “He was so awkward,” Quarry said afterwards. “I couldn’t get my jab going.”

London would win only two more bouts after that. The final loss to Bugner marked the sixth consecutive contest where he failed to have his arms raised.

London’s retirement was a predominantly productive one. Wise with his money and a non-drinker, London invested in property and for several years owned the 007 nightclub in his hometown. It made the headlines in 1971 when West Ham United players (like Bobby Moore, Jimmy Greaves and Clyde Best) partied in there the night before they got thumped 4-0 by Blackpool in the FA Cup.

The club was incredibly popular. Located in Water Street and the town’s first ‘upmarket’ nightclub, it attracted other footballers like George Best and Alan Ball. But by 1977, as the town struggled to cope with the recession, the glory days had gone forever.

The name of Brian London will live on, however. Regardless of what happened against “The Greatest” in 1966, he deserves to be remembered among the best of all 20th century British heavyweights.

Our thoughts are with his friends and family.