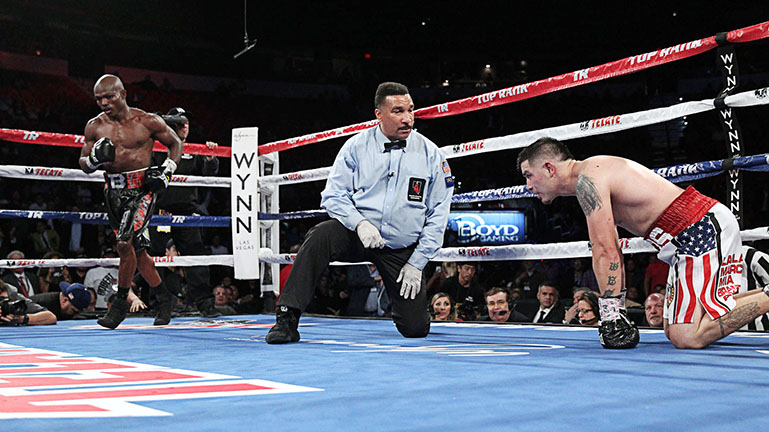 BRANDON RIOS, 33-3-1 (24) has split from long-time trainer Robert Garcia, and will continue his boxing career under the tutelage of his father, it’s been confirmed.

The American brawler, who won the WBA lightweight title under Garcia in 2011, announced his retirement from the sport in the wake of last November’s disappointing stoppage loss to WBO welterweight champion, Timothy Bradley, 33-1-1 (13), citing a lack of desire as the driving factor, although he quickly had a change of heart and later announced that he would indeed be seeking a return to action in 2016.

“Regarding my brother Brandon Rios, I am no longer training him,” Garcia wrote on his social media. “We talked and both came to an agreement that if anyone else should train him it should be his dad.”

Rios, who was last year in negotiation to travel to the UK to fight IBF welterweight champion, Kell Brook, before talks fell through, is already in training for a TBA opponent and date. He is currently 2-3 in his last five fights, although after his uncharacteristically sluggish and gun-shy performance against Bradley, both he and his father, who guided his amateur career, will have a monumental task in convincing many boxing fans that the 29-year-old Texas-born star has enough left to trouble the upper-echelons of the 147 lb division.