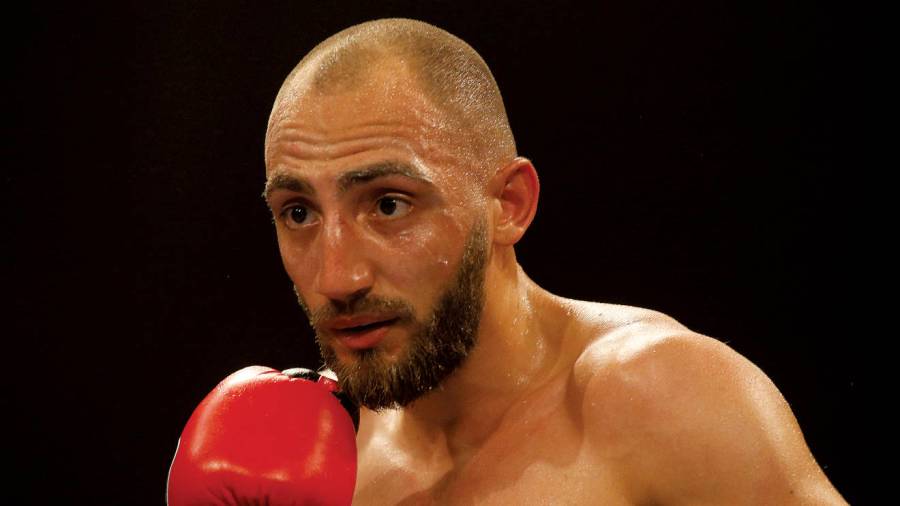 Bradley Skeete talks to Matt Bozeat about renting a house from Billy Joe Saunders as he relocates in Sheffield, where two Fightzone cards take place this weekend

AT 33 years old, Bradley Skeete, the former undefeated British and Commonwealth welterweight champion, returns on Friday night after around two-and-a-half years away.

Fight Academy promote in the Sheffield Arena car park and fans can watch on the Fightzone app.

Skeete, 28-3 (13), has relocated to the Ingles’ gym after two stoppages defeats in three fights and resumes his career with a six-rounder against Hyde journeyman, Dale Arrowsmith.

“The domestic scene at 154lbs is packed,” said the 6ft 1ins South Londoner. “I’m at a new weight and I’ve got a new challenge. I feel like a kid again. I feel brand new.

“I need this six-rounder to blow off the cobwebs, maybe have another and then go for titles.”

It was beginning to look as though the shock two-round defeat to Argentine southpaw Diego Ramirez (16-2) in December, 2018 would be Skeete’s last fight.

That was a second stoppage defeat in three fights. Skeete headed to Bilbao in April, 2018 to face Spanish banger Kerman Lejarraga (24-0) for the vacant European title ranked No 11 by the WBC and WBO and folded inside a couple of rounds.

He returned with a confidence-boosting stoppage of Mexico’s Fernando Valencia (8-6) and then ended up facing Ramirez after several pull outs.
In the second, Skeete couldn’t get his chin out of the way of Ramirez’s back hand swing and ended up on the deck. Skeete got up, was dazed by Ramirez’s follow-up attack and rescued by the referee.

That was a strange night in Brentwood. There had been rumours the show would be cancelled after several pull outs, but instead, it went ahead in front of a handful of fans.

“My head was all over the place,” said Skeete. “It was hard to focus. I should have pulled out.”

Skeete first headed to Sheffield last October. “I had to take some time out to think and then covid came along and I ended up being out for two-and-a-half years,” he said. “The gyms were shut I was thinking: ‘Is this the end?’

“I started doing some PTs (personal training) once the gyms were open and found the hunger was still there. I sparred my clients and couldn’t walk past a mirror without shadow boxing! That told me boxing was still in me.”

Boxing has been Skeete’s life. He was seven years old when he first went to the gym and highlights of his 72-22 amateur career included an appearance at the World Junior Championship in 2006 and a run to the 2009 ABA final.

He turned pro in 2010 and given that hit-and-don’t-get-hit has always been the rangy Skeete’s way, the Ingles were the perfect fit when he needed a change of surroundings.

He has moved into a house opposite the gym – and has no intention of missing any rent payments! “Billy-Joe Saunders is my landlord,” said Skeete, “so I won’t be late paying my rent! We go back a long way, back to when we were amateurs.”

Dominic Ingle felt sparring WBO No 4 Michael McKinson, fresh off a career-best win over Chris Kongo, would test Skeete’s reactions and appetite and was pleased with that he saw.

“I knew from the first week in Sheffield that I wasn’t done,” said Skeete. “People close to me were telling me to retire, but I know what level I can get to.”

In April, 2016, Skeete jabbed his way to a points win over Eggington in Birmingham to take away the British and Commonwealth belts on possibly his best night.

Skeete had a Lonsdale belt to keep 16 months later after convincing wins over John Thain, Shayne Singleton and Dale Evans. “The Lonsdale belt is so nice I want to win it twice,” said Skeete ahead of his return, “and then win the European title.”

Skeete isn’t the only fighter to make a comeback on the bill. Former English title challenger John Fewkes, who has been training fighters in recent years, returns for the first time since 2014. The 35-year-old takes part in a four-rounder.

Top of the bill on Friday night is a rematch between Charlie Schofield, 15-1 (1) and Darwen’s Mickey Ellison, 12-3 (4), for the vacant English super-middleweight championship and promises to be a solid scrap.

In September, 2019, Ashton-under-Lyne’s Schofield was a 95-94 points winner over 10 and we believe he can do the same again.

There’s another rematch up at heavyweight. The vacant Central Area title is on the line between Silsden’s Danny Whitaker and Stockport southpaw, Chris Healy, 8-8 (2). Whitaker, 4-2, tightly outpointed Healy when they fought over four rounds in March last year. This one, over 10, is almost certainly going to be tight, too.

There’s more live action on Fightzone from the car park on Saturday night when Salford southpaw Marc Leach,15-1-1 (3), and Thomas Essomba, 10-6-1 (4), meet in a final eliminator for the British super-bantamweight title that’s held by Brad Foster.

Leach and Essomba both boxed on a Matchroom show in Peterborough last October.

Leach matched 2016 Olympian – and sparring partner – Qais Ashfaq for southpaw slickness and dropped him twice on the way to a 10-round points win, while Essomba was out of luck against Tommy Ward, who went into the fight ranked No 3 by the WBO.

For me, Essomba, a 33-year-old former Commonwealth flyweight champion now fighting out of Errol Johnson’s BCB stable, was getting the better of it until Ward (29-0) was ruled out with a cut after eight rounds. But the judges couldn’t separate them.

Leach takes risks and Essomba can punch, but we go for Leach to be too sharp and win on points.

The Verdict Some good trade fights and interesting comebacks.