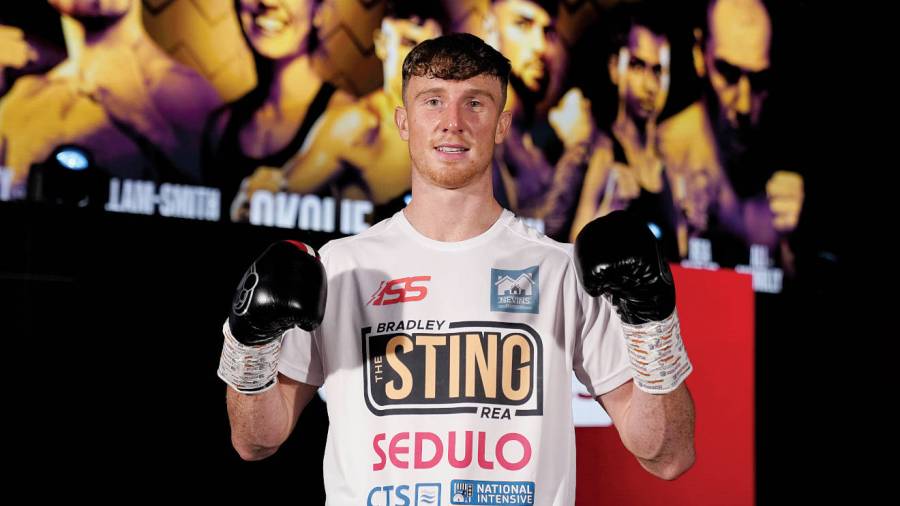 When and why you started boxing:
First time I went into the gym I was seven or eight years old. I was just a fat chubby kid and it was to keep fit to start off with. Then my dad opened an amateur gym and I started to take it more seriously.

Favourite all-time fighter:
I’d have to go with Thomas Hearns, though I’m a big Julian Jackson fan too. But it has to be Hearns.

Best fight you’ve seen:
My go-to is always the first fight between Arturo Gatti and Mickey Ward. From ringside, the first one that comes to mind is Sam Eggington’s fight with Bilel Jkitou from last year. That was incredible!

Personal career highlight:
Boxing at Manchester Arena was one ticked off the list. I grew up watching Ricky Hatton and Anthony Crolla fight there, so it was a huge honour to do the same myself.

Toughest opponent:
Jez Smith from last year, 100 per cent. He was a tough lad and we brought out the best in each other. It was surreal to be involved in that fight but it didn’t hit home until I watched it back afterwards and saw it with Sky Sports commentators and all the production.

Best and worst attributes as a boxer:
My unpredictability is my best attribute. I don’t look like the way I’m going to fight if you know what I mean. But that may also be one of my worst, I need to stop looking for a dust-up all the time and know when to just box.

Training tip:
Just be persistent in the gym. Stay ready so you don’t have to get ready.

Favourite meal/restaurant:
I’m a big foodie and the list could go on and on. I could fill the entire page with stuff. If I can only pick one, right now I’d go for the Five Guys double cheeseburger with bacon. I’ll have a Biscoff milkshake to go with it as well, please!

Best friends in boxing:
My life is all about boxing so nearly all of my friends are from the sport. Conah Walker is a very good friend of mine, Danny Wright too. I’m close with my coach, Blain Younis, as well.

Who would play you in a film of your life:
Matthew McConaughey. I don’t know if he could pull it off but it would be interesting to see if he could get my accent right.

Last film/series you saw:
Donnie Brasco. I watched it again last night, one of my favourites.

Last time you cried:
I’m not much of a cryer, I get a lot of stick of my girlfriend for not being very emotional!

Best advice received:
When I first turned pro, my coach told me to stick at it and believe in myself because, as a small hall fighter then, it would be difficult at times.

Something not many people know about you:
I am a massive Marvel fan and a bit geeky in that regard.