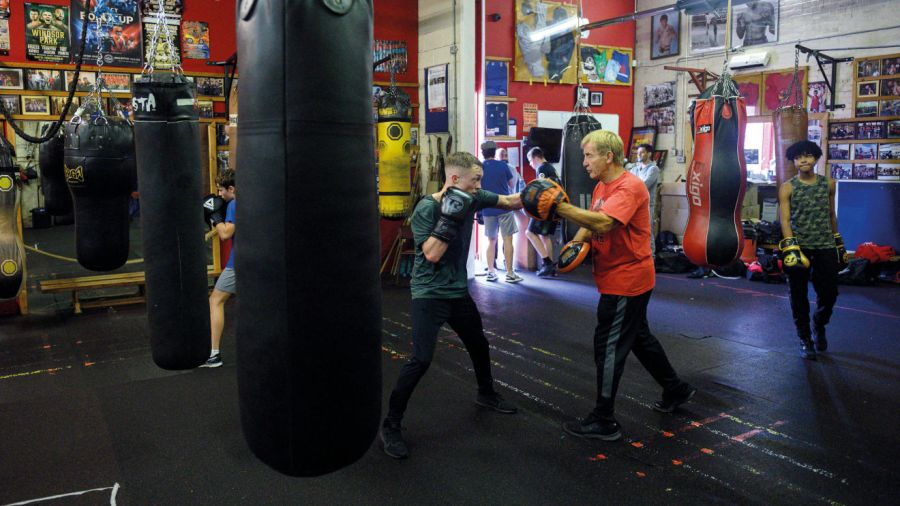 Without financial assistance the future of boxing is uncertain

THE government last week published their Sport Winter Survival Package which announced plans to split £300m across ‘major spectator sports’ in England to ‘protect their immediate futures over the winter period.’ Boxing was not among the sports that will get aid.

Boxing clubs do not fit the criteria because it’s perceived they’re not directly suffering from a lack of spectators. That of course is nonsense. The lack of spectators mean that events, at amateur and professional level, cannot be staged without TV backing. The vast majority of boxers and trainers in this country – and the hundreds of licence holders who do not fall into the category of boxer or trainer – are suffering financially as a direct consequence of the lack of spectators. To suggest otherwise, to presume the sport is doing okay simply because two or three promoters are regularly staging high-profile shows, is short-sighted in the extreme.

“At elite level we have had to overcome great difficulties during the pandemic but we will ride it out – the local community clubs simply cannot,” promoter Eddie Hearn wrote in an open letter to the government on Monday. “I ask the government to reconsider its position and give grassroots boxing some much needed help.”

Hearn was joined on Tuesday by rival promoter Frank Warren in a separate plea to the government.

The amateur code, the lifeblood of the sport, is in crisis. It’s true that certain boxing events do not attract the numbers to rival other sports but what those crowds do is no less important. Almost every amateur club in the country is reliant on event revenue for survival. They may only get 100 people through the door 10 times a year, but the money generated from them – and the raffles and the auctions – provide those clubs with crucial income.

Without those events, without any further help, all they have are their miniscule membership fees. It shouldn’t need spelling out how difficult those weekly subs are to come by, even in the best of times, in the kind of deprived areas that countless clubs exist. Today, with so many families struggling to put food in their mouths, finding the money to send their son or daughter to a boxing club is frankly impossible for the majority.
Boxing clubs are essential to not only our sport but the communities in which they operate. If anyone is unaware of the tireless struggle they always face, they need only to look at the amateur pages of this magazine every single week. Even in the midst of this grim pandemic, clubs have been going out and delivering food parcels to those in need. The job they do goes above and beyond teaching kids to fight. But every hero needs help.

This is being overlooked by the government. But boxing doesn’t need a ‘loan’, it needs greater financial assistance to carry on doing what it does. All is not lost, however. England Boxing have detailed on their website how grants of up to £15,000 can be applied for; the criteria is strict but clubs must raise their hands and get what they can. Ultimately, though, far more needs to be done. It always has.

Not everyone in parliament is unaware of the good that boxing does but too many remain ignorant. The government will likely notice when these clubs shut down and their members go down a different road. The government will notice if deprived cities, towns and villages see a sudden uplift in crime. It would of course be unfair to label every boxer a potential criminal. But it’s certainly fair to say that every boxing club is a haven for those looking for one and those havens – whether they offer a route out of gangs and knife crime, whether it generates champions of the future or simply eases depression by creating a sense of purpose to lives so long devoid of one – is crucial to thousands of people in this country. That has been overlooked for too long.

The sport needs to make itself heard. Hearn and Warren, figures with the platforms to make a difference, deserve only praise for the action they’re taking and one hopes their letters are just the start. Those now deciding to use their actions as yet another excuse to criticise them on social media are really missing the point.

What they’re fighting for, what we all must fight for, is the future of our sport.