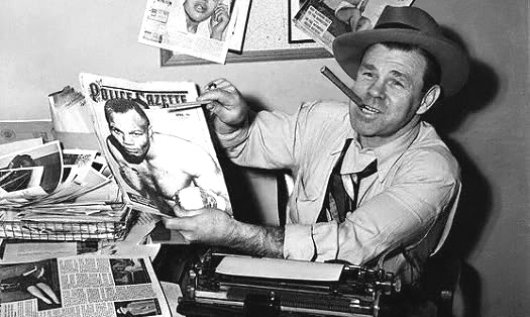 BOXING, more than any other sport, produces great literature. It also produces some average writing and some dreadful writing, but that merely reflects the various strata of the sport itself, with its champions, contenders, journeymen and bums.

This truth was brought to mind last weekend when I attended the annual Memorabilia Fayre in a social club hall a few streets away from London’s Euston train station. The event is well organised by Chas and Kymberley Taylor, with a number of stalls offering not only books and magazines but also progammes, signed photos and gloves etc.

I will freely admit it’s the books that interest me the most. After all, they add a layer of permanence to a pleasure or thrill that can be fleeting when it happens. One can watch classics like the Rumble in the Jungle, or Hagler-Hearns, as often as one wants, but the significance of those matches – what they meant for the sport as well as for the boxers – is captured best by works of literature.

And writers can pick out important themes rather than fights or individual fighters. At this year’s Fayre author Mark Turley was selling his new work Journeymen: The Other Side of the Boxing Business/A New Perspective on the Noble Art. This tells the stories of those boxers without whom the professional sport simply wouldn’t exist – fighters who provide the opposition for prospects, often at short notice and giving weight.

Also on Turley’s table was The Road to Nowhere: A Journey Through Boxing’s Wastelands by Tris Dixon, the Editor of Boxing News. In this one Tris travels all over the USA to track down the “coulda-been-contenders and cult heroes” from the 1950s to the 2000s.

I bought a copy of each of these two works, and very much look forward to reading them, probably when I’m on a train or plane en route to my next boxing event; sometimes you need a change from Jack Reacher or Dave Robicheaux. And often real-life boxers are more fascinating than any fictional characters created by writers.

The Memorabilia Fayre also offers plenty of old-time stuff; not to everyone’s taste, but there is plenty there for the discerning fan of boxing’s glorious history. Last year I picked up works on three-weight world champion Henry Armstrong and Willie Toweel, the colourful South African from the 1950s.

This time it was Mickey Walker: The Toy Bulldog’s Life and Times, the autobiography of a man (pictured above) who held the world welter and middle titles in the 1920s (and who was a pretty good light-heavy and heavyweight too, once weight problems forced him up the scale). A few hours after the Fayre was over, Gennady Golovkin continued his impressive KO streak by walloping Marco Antonio Rubio in California. Would the power-punching “GGG” have beaten the relentless Walker – or vice versa? Now I think of it, that’s just given me the idea for a book…