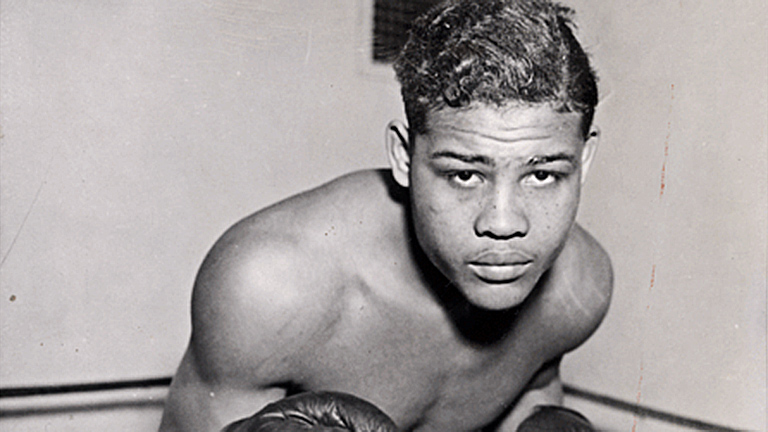 Not a classic, but the last outing for legendary world heavyweight champion Joe Louis before World War II suspended his reign. Consequently, this was the final time that we saw a peak “Brown Bomber” and for any readers new to the work of Louis, there are plenty of examples of his savage brilliance here.

Simon had taken Louis into the 13th round in their first encounter 12 months before (in the last title bout to be scheduled for 20 rounds) and his efforts were deemed worthy of a return.

The sequel, fought in front of 18,220 spectators, was altogether less competitive with the champion scoring knockdowns in rounds two and five before concluding the thrashing in the sixth.

Did you know? This was the first time that Louis fought without his trainer Jack Blackburn. Hospitalised in Chicago, Blackburn would pass away the following month.

Watch out for: The artistry of Louis’ punches. The two right hands that decked Simon at the end of second are worthy of examination as is the beautiful left hook that sets up the finisher in the sixth.

One of the beauties of YouTube is when we get the full broadcast; here we get pre-fight interviews with both Leonard and Green, as well as footage of “Sugar” Ray in the dressing room and listening to advice from Angelo Dundee.

Minutes before Leonard was due in the ring, live TV viewers had watched events unfold in Knoxville, Tennessee where WBA heavyweight titlist John Tate was suddenly flattened in the last round by Mike Weaver and, at light-heavy, Marvin Johnson had surrendered his WBA belt to Eddie Mustafa Muhammad. We see Dundee warn Leonard not to be complacent with those two results in mind.

The WBC welterweight king was anything but complacent, of course, as he scored one of the most memorable one-punch finishes in history in round four.

Did you know? Ray’s older brother, Roger “The Dodger” Leonard moved to 13-0 when he defeated Johnny Gant over eight rounds on the undercard.

Watch out for: What else? The left hook finisher. In this form, Leonard was as spiteful and brilliant as any fighter in history.

Fresh off a tougher than expected 15-round victory with the great Roberto Duran, world middleweight champion Marvin Hagler signed up for a defence against the free-swinging, thick-shouldered Argentinian, Juan Roldan.

In the opening moments, Hagler lost his footing on the slippery canvas, Roldan cuffed the back of his head, and the huge favourite found himself on the canvas for the first and only time in his career.

Watching Hagler is always a treat and though this wasn’t a signature performance there is plenty to enjoy. The way Marvin, always so at home in the pocket, set up an attack in third that sent Roldan sprawling to the ropes is technically superb. So too the steady pounding he delivered to his opponent that eventually forced Roldan to insist he wanted no more.

Did you know? Afterwards, Hagler objected to the WBC’s plans to drop their bouts from 15 to 12 rounds stating he would not fight for the title if bouts were scheduled for the shorter distance.

Watch out for: The look of complete contempt in Hagler’s eyes when referee Tony Perez starts the count in the first round.

It took a little over two years for the heavyweight division to experience a major reshuffle following the historic ‘Fight of the Century’ that saw Joe Frazier defeat Muhammad Ali over 15 rounds in 1971.

First, in January 1973, George Foreman basketballed Joe Frazier off the canvas six times in less than six minutes to win the championship. Two months later, along came ninth-ranked and unfancied Ken Norton to upset Ali in a bout largely remembered for the latter suffering a broken jaw in the early going before losing a 12-round split decision.

Afterwards, one reporter suggested to Ali’s loyal trainer, Angelo Dundee, that the loss to Norton was surely the beginning of the end of for the former champion.

Dundee eyeballed the reporter. ‘You’re a jerk,’ he replied.

Did you know? Ali entered the ring in a jewel-encrusted white robe that was a gift from Elvis Presley. Ali never wore it again.

Watch out for: The moment when Ali’s jaw is broken in the second-round while keeping in mind that there were also reports that the break didn’t happen until the 11th.

As Shannon Briggs walked to the ring to challenge Lennox Lewis, Merchant addressed the American’s well-documented asthma problem that he had blamed on his then-only loss to Marion Wilson. “His [Briggs’] management has asked the Convention Hall to clear itself of all the dust mites in this old dustbin,” Larry deadpanned. “They might as well have asked to clear all the fish out of the Atlantic Ocean.”

The rip-roaring fight that followed is even more fun as Lewis survives some hairy moments to finish Briggs in the fifth round and retain his WBC heavyweight belt.

Did you know? Those watching at home were invited to score the fight and talk to other fans on ‘bulletin boards’ on a new-fangled thing called the internet.

BOXING ON THE BOX
What else to watch this week

KOTV
Sign-up to the longstanding boxing magazine TV show’s free subscription channel for their weekly shows and complete access to their extensive back catalogue.

SKY SPORTS
Fights from their archive are being uploaded to their YouTube channel every day. Keep an eye out for forgotten classics.

NETFLIX
As good a time as any to start watching the series Monzon: A Knockout Blow, the dramatisation of the Carlos Monzon story.

AMAZON
If you haven’t yet seen it 2009’s Tyson – The Movie, which documents the fighter’s life and career with more than a little help from the man himself, is worth a watch.