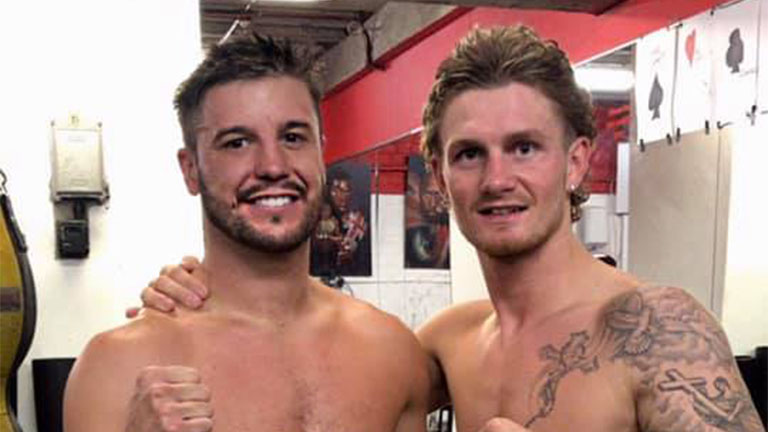 Boxing enjoying something of a resurgence in Maidstone

HAVING spent long periods without a professional show of note, the Kent town of Maidstone is returning to favour with at least two more, the first this month airs on Channel 5, going ahead before Christmas here at the Leisure Centre.

It was hard-working Joe Elfidh who was behind this latest offering, a seven-bout affair comprising one six-rounder and half a dozen fours, which in the main gave local youngsters the chance to bag a win against the usual suspects.

Refereeing duties for the night were shared by Norfolk’s Lee Cook and Southend’s Chas Coakley. The former handed down a quartet of distance victories over four, just one of the 16 rounds boxed going the way of the visitors though there were three rounds shared too, two of them in the bout that saw Rainham first-timer and former cage fighter Brooklyn Tilley emerge a 40-38 winner over still winless yet game Bognor welter Carl Turney.

Fellow debutant and local favourite Jimmy Peckham ensured his followers had an enjoyable evening by securing a 40-37 win over welter Luke Middleton from Langold near Worksop, who while always making it through to the finish isn’t the best of travellers.

Gillingham lightweight Zeki Hussein, having been bested on his debut in April, restored parity to his record by overcoming fellow Kent puncher Ricky Leach 40-36 and Sittingbourne’s Jack Raines got the better of Skelmersdale novice Neil Rawlinson winning 39-37.

Mr Coakley scored 40-36 for Maidstone’s Luke Gibb [inset], who exerted some heavy late pressure against Gloucester’s experienced Andy Harris; but comebacking Gillingham southpaw Mick Mills had to settle for a share of the spoils against Southwark’s awkward Victor Edagha, third man Chas scoring 38-38; while in the six-round bout Chatham’s Danny Shannon made it two on the bounce with a 60-54 over Yeovil’s Bryn Wain.

The Verdict Home advantage pays off for Kent punchers.