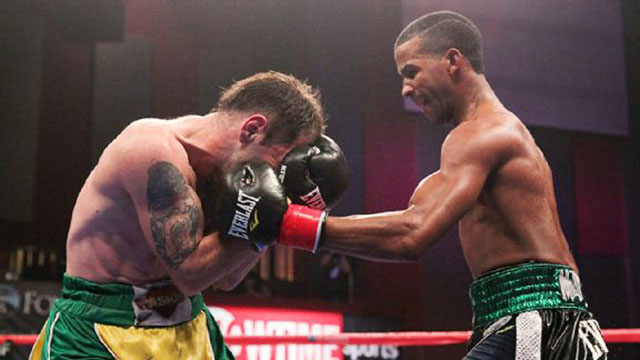 CUBAN Rances Barthelemy retained his IBF super-featherweight title, and unbeaten record, when he dominated Fernando Saucedo over 12 rounds. All three judges agreed that he won every round as they handed in matching 120-108 tallies inside the Fox Theater at Foxwoods Resort and Casino in Mashantucket, Connecticut.

“I thought I did well,” Barthelemy, now 21-0, said. “Obviously, there is always room to improve in certain spots. I hurt him good to the body, but I just wasn’t able to close the show.”

There was more drama on the undercard as light-middlweights Vanes Martirosyan and Willie Nelson went to war over 10 rounds.

The engrossing bout was level after eight before Martirosyan – buoyed by the memory of his promoter Dan Goossen who passed away this week – found a new gear in the final rounds. He cut Nelson and finished strongly, sweeping the judges’ cards via 97-93, 97-93 and 96-94.

“This has been a hard week and there was a lot of emotion going into this fight, a lot of happiness and a lot of tears,” said Martirosyan, who is trained by Goossen’s brother Joe.

“When I heard the news of [Goossen’s death], so many things were going through my mind. I didn’t know if I should fight. But nobody believed in me after I suffered my first loss except him.

“Dan believed in me. So I dedicated this fight to him. We love him and miss him.”

Further down the bill was a big upset as former world light-heavyweight champion Chad Dawson failed to beat fringe contender Tommy Karpency. The fading star injured his left shoulder in the third, and was unable to use that arm for the rest of the 10-rounder.

The judges all notched 96-94 scores for the underdog, but Dawson claimed afterwards he deserved to win.

“This is bullshit,” Dawson said. “I hurt my shoulder and fought with one arm from the third round on. I still landed more jabs than he landed total punches. This is bullshit.”