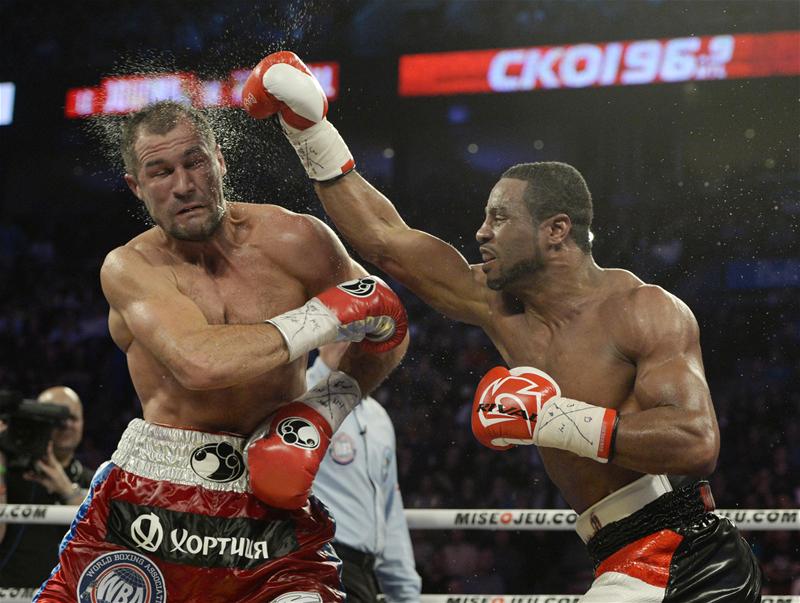 Pascal furious with stoppage but Kovalev marches on

BELL CENTRE, Montreal: JEAN PASCAL handed world light-heavyweight champion Sergey Kovalev the toughest fight of his professional career before being forced to abandon his mission in the eighth round when referee Luis Pabon stopped the contest.

“It was a good fight for the fans, an action fight. I did my best,” Pascal said. “I don’t want to take anything away from Kovalev. He’s a great champion but that was a bullshit stoppage because I was still in the fight. That was a tough fight for both of us, and I don’t know why the referee just stopped the fight. It’s not hockey.

“I was in the fight from the first round. I’m sure that I gave him his toughest fight. We should do it again. We should have a rematch.”

Pascal, 32, traded blows with the unbeaten WBA, IBF and WBO king over the first two rounds before taking a count in the third when a thunderous right hand draped him over the ropes. The former WBC champion – whose young daughter was taken from ringside in tears – struggled to clear his head in the fourth but provided just enough retaliation to keep him in the fight.

But it was game over for the Haiti-born Canadian in round eight. “Krusher” appeared to be on the brink of scoring a stoppage until he lost his footing to hand Pascal a reprieve. Kovalev was soon on the attack again. Two huge right hands landed flush and persuaded the referee to step in and end things – much to Pascal’s annoyance.

“This is the sport of boxing, to get some and to give some. I was still in the fight,” he said. “I was not on the canvas. I was there. I was watching his punches. I feel the referee was waiting for that moment to stop the fight.

“I’m a crowd-pleaser with a belt, without a belt. I am always going to give the fans a great fight because I am a warrior. I’m a true champion. I’ll be back, don’t worry.”

Kovalev – who was leading 68-64 on all three cards – said he would be willing to fight Pascal again.

“How I started I didn’t like,” he said. “But after the fourth round I got control of Jean and what you saw. I got him with a good right hand and he lost.

“I’m ready for any fight. If my promoter [Kathy Duva] says I need to fight Jean Pascal again, I am ready.”